A thought-provoking pamphlet, which compares the effectiveness of prison terms and community sentences in preventing crime, has been published by the Howard League for Penal Reform.

Intelligent Justice: Balancing the effects of community sentences and custody was written by three leading criminologists and arrives at a critical time for penal reform – as the Ministry of Justice plans to build Britain’s largest prison while also seeking Â£2billion annual savings by March 2015.

The paper draws on evidence from the United States, where research has shown that imprisoning a large number of people for longer periods causes crime to fall in the short term but rise in the long term when they are eventually released.

Places where many people are jailed see a range of negative consequences, including increased rates of sexually transmitted diseases, teenage births and serious juvenile delinquency. This results in more people being imprisoned and creates a system ‘that feeds upon itself’, exacerbating the very social problems that led to increases in crime.

The pamphlet states that prison’s effect of deterring people from committing crime can be overestimated. The key factor which prevents most people from offending is how likely they are to be punished, rather than how severe the punishment is.

Crime reduction caused by prison taking offenders out of the community can also be overestimated, the pamphlet adds. For example, evidence suggests that, in some cases, imprisoning one person creates a ‘job vacancy’ for another to take their place and commit offences. 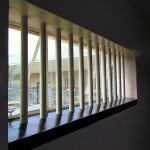 The paper illustrates that, by the Ministry of Justice’s own admission, current data such as reconviction statistics do not reliably measure the true impact of probation supervision and offender management programmes. This has important ramifications for the government’s desire to use payment by results in prisons and probation.

Finally, the pamphlet offers suggestions on how people who have committed crime should be reintegrated into society. Emphasising the importance of redemption, the paper says that it is usually more effective – and cheaper – to get people to ‘buy into’ behaviour rather than compel or cajole or supervise them into it.

Frances Crook, Chief Executive of the Howard League for Penal Reform, said: “The prison population in England and Wales has more than doubled since the mid 1990s and the trend of ever-rising prison numbers is unsustainable in the face of current cuts to public spending.Â  This paper provides a framework for new thinking that might provide an escape from the current crisis.

“Ultimately this means acknowledging the complex nature of desistance from crime and deciding what we want from our penal system.Â  Successive governments have promoted the purpose of punishment and reform without acknowledging the very real tensions between these two principles.

“Simply put, the further we remove people from the ways and means and reasons to live as we want them to live, the harder we make it for people to avoid reoffending.Â  The current focus on high reconviction rates would strongly suggest we have failed to strike the right balance.”

Image by Schavda (Own work) [CC-BY-SA-3.0 (http://creativecommons.org/licenses/by-sa/3.0)], via Wikimedia Commons

SMEs keep calm and carry on