Rising interest rates are the single biggest risk to the housing market next year, the BSA’s final Property Tracker report of 2013 has revealed. Over a quarter (27 per cent) of people surveyed now say that this is their biggest concern for 2014.

Consumers are also far more worried about the affordability of monthly mortgage repayments today than they were three months ago, with 46 per cent of people saying that this is now a barrier to property purchase. This number is up by 11 per cent on September 2013, reflecting concern about the rising cost of living and an increase in energy bills.

First time buyers, however, are feeling more positive about the property market compared to three months ago. Although raising a deposit is still the largest barrier to owning a home, the number of people who believe this is the case has fallen by a third, from 66 per cent to 44 per cent. Publicity around the Government’s Help to Buy schemes will inevitably have helped, increasing confidence amongst first time buyers.

Commenting on the results, Paul Broadhead, Head of Mortgage Policy at the BSA, said:

“It is understandable that consumers are wary about a rise in interest rates in 2014, but unless the pace of economic recovery picks up considerably, it is unlikely we will see the Bank Base Rate rise over the coming twelve months, and when interest rates do rise, it is likely to be gradual.

“There remain plenty of options for a homebuyer to get greater certainty over their mortgage repayments with 69 per cent of the mortgage products available on the market now at fixed rates. When consumers apply for a mortgage, most lenders will also check that it is affordable were interest rates to rise, which should provide some comfort for homebuyers, though it may mean they can borrow less than they anticipated. 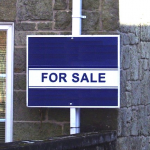 “Mortgage rates are also far lower today than they were ten or twenty years ago, which is good news as household budgets are still under considerable pressure. In the early 1990s, a typical mortgage would have taken up around 27 per cent of a household’s monthly income, whereas today it is nearer 17 per cent. Consumers consider their whole household budget when thinking of buying or moving house and we hope the improving economic conditions will start to be felt in consumer wallets in the New Year.

“It is encouraging that first time buyers are feeling more confident about the housing market. Publicity surrounding Government schemes will have helped, alongside the increase in supply of lower deposit mortgages. We would urge consumers to shop around if they do have a smaller deposit, as there are excellent deals to be had outside the Help to Buy Scheme.”

The report can be found here:

Nationwide Reduces Save to Buy Mortgage Rates at 95% LTV