LGBTIQ Greens will join communities across the world for the International Transgender day of Remembrance, on November 20th*; to remember and honour those who were killed over the past year for just being themselves.

Although many of the people murdered lived in South America, a significant number are also murdered in this country. Transgendered people (Transsexuals and people who don't fit into society's idea of male and female) across the world continue to fight for acceptance, to live free from mockery, abuse and violence.

Charlie Kiss of LGBTIQ (Lesbian, Gay, Bisexual, Transgender, Intersex and Queer) Greens, says: "This is a time for the communities that experience considerable misunderstanding, abuse and harassment, on a daily basis to honour and remember those who didn't make it; murdered by people filled with ignorance and hate. The Green Party wholeheartedly supports education and promotion of understanding and respect of difference and for action to assist in dismantling discriminatory behaviour and to protect Trans people. We are all human. Green Party activists will join events across the country in solidarity with those who are subject to discrimination, violence and death." 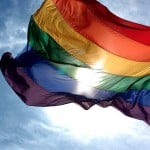 Names will be read out at many of these events, poems read and songs sung, celebrating the lives of those who are no longer with us. The event in London will be held at University of London Union- ULU in Malet Street, WC1E 7HY, from 7pm on Wednesday November 20th. Other events will also be held in Edinburgh and Manchester, across the country and throughout the world.

*The event is held in November  to honour Rita Hestler whose murder on November 28thstarted the 'Remembering our Dead' project and a candlelight vigil was held in San Francisco in 1999. Her murder, like most anti-transgender murder cases has yet to be solved.