Internet surveillance is on the agenda again

Many thought that the idea of looking over the shoulder of everyone in Britain when they use the internet had been ditched under the last government after meeting with fierce opposition.

But it turns out those plans had merely been postponed.

The upcoming Queen’s speech on the 9th May is likely to reveal a massive increase in the amount of information that communications providers will have to keep for a minimum of 12 months. The Home Office has said that ‘It is vital that police and security services are able to obtain communications data in certain circumstances to investigate serious crime and terrorism and to protect the public’.

This data will allow official bodies such as the intelligence services and the police to keep tabs on where on the ‘net people go and who they communicate with. They will not however have access to the content of those communications.

To achieve this Internet Service Providers will have to install special hardware that will give the nation’s snoopers at GCHQ the ability to retrieve information on anyone’s phone calls and emails ‘on demand’.

Nick Pickles, director of Big Brother Watch and Shami Chakrabati, director of Liberty, have both slammed the move as a severe breach of privacy. And members of the Internet Service Providers’ Association have called it ‘mass surveillance’.

What should worry people more is that the coalition government had promised to end any ‘unnecessary data retention’. So what has suddenly made them change their minds?

How has the threat to our security changed so much that internal spying has to be increased to at least equal, or even surpass, that of China or the former East Germany?

And then many people may argue that there’s little point in doing this as when we do identify undesirables we either cannot or will not even consider action such as deporting them anyway. 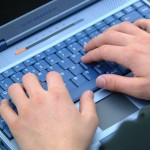 But of its supporters will say, if you’ve nothing to hide then you’ve nothing to fear. They will also say that having more access to your private life will enable them to protect us from harm. But I come back to the point above, what has changed that has suddenly made the coalition change its view? Or is there just a perceived need amongst some agencies for more surveillance?

My life is my own private concern, no-one else has a ‘right’ to it. Our very robust retort should therefore be ‘if you’ve no concrete reason to snoop on me then you’ve got no right to do so’.

By allowing this into law, we the people are giving up rights to our own lives, which will embolden the snoopers further. What next, on demand access to everyone’s bank accounts so as to protect us from rich tax evaders maybe? Now who would get more knocks on the door from HMRC, the rich or the poor?

This proposal may once again get defeated, but it will keep coming back in the hope that one day the public will tire of the battle and just cave in. Don’t let it be this time.