Taxpayers will have to make up the local authority pension shortfalls so it makes economic sense to invest the money there is in infrastructure to get better growth and returns she said.

Commenting on the plan she said:

Eric Pickles' plan can be a win-win for all. Local authority pension funds have Â£150bn of assets, but are in significant deficit – over Â£60billion. The prospects of recovering those deficits have worsened significantly in recent years as investment returns have been poor while falling gilt yields have inflated liabilities. Let's look for a new approach.

UK pension funds hit by QE, low rates and high inflation – bond investing can't fix these deficits: UK pension funds have suffered serious damage from recent policies to stimulate growth. In particular, falling gilt yields and quantitative easing (QE) have led to significant increases in pension liabilities, which have been further compounded by the sharp rise in inflation in recent years. As their liabilities grow, so do their deficits and funds have been trying to reduce risk by investing in bonds, but bonds cannot overcome the deficits.

QE has been trying to boost the economy, but direct investment is much more effective: Buying gilts is not a direct economic stimulus. It relies on money being passed through to other parts of the economy, but that has not been happening, as the banking system is impaired and borrowers who benefit from falling rates are too over indebted to increase spending.

Taxpayers will have to make up local authority pension shortfalls, so why not try to boost economy: If the local authority pension schemes cannot return to full funding, the Government would have to bale them out anyway. Gilts are offering very poor value, and such low returns cannot remove the deficits. Therefore, it makes much more sense for these pension funds to invest in local housing and infrastructure projects, which will generate potentially higher returns and better income than conventional bonds. This could also be the spark that is so badly needed to kick-start economic growth. It could be a win-win for all.

Government needs to stimulate the economy but hasn't got money for big projects, while pension funds need long-term returns and have billions in assets: Given that Government policy itself has so badly damaged pensions, and given that public sector (local authority) pension funds are desperately seeking better returns, coupled with the fact that the Government needs to stimulate the economy, the construction sector is weak and UK infrastructure urgently requires modernisation, it seems only sensible that we should harness the power of pension fund assets to boost long-term growth potential as well as helping to boost pension fund returns.

Local authority pension funds are ideal source of money to provide direct economic stimulus, far better than QE gilt-buying: As the taxpayer would ultimately have to underpin local authority pension deficits anyway, it is in the social interest to use their assets to boost growth and help mitigate the deficits via growth. These public pension funds can provide billions of pounds for new housing projects or infrastructure. It would also be worthwhile for the Government to consider introducing incentives such as underwriting an inflation-linked income stream in the future (say 5 or 10 years out), which would provide comfort for pension trustees that this money would at least perform like long-term inflation-linked gilts (which are currently in such seriously short supply) if expectations of higher returns do not work out in some projects. 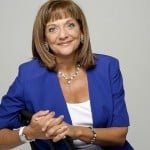 Return profile of infrastructure is well suited to pension funds – long-term growth and inflation linked income: Investing in infrastructure can offer an ideal return profile for pension funds – especially if the returns are underwritten by the Government. Indeed, local authority pension funds already invest an average of 1% of their asset in infrastructure funds, but using funds incurs higher charges (and therefore lowers potential returns) as well as investing overseas rather than just in the UK, thereby meaning they will not be helping just UK long-term growth. By helping pension funds invest directly in infrastructure projects (obviously managed by experienced companies!) and also underwriting some of the long-run returns for them, they will be better able to help their own funding position as well as the UK economy. And if this investment stream does help growth and reduce the fiscal deficit, it will be far cheaper for the Government than having to spend billions in future on making up the public pension fund deficits.

The economy needs money, the Government can't increase its borrowing, but using pension assets could be a win-win for us all. I have been calling for this for the past few years, it is great to see it may actually happen.