Analyses were withheld from regulators – guidelines for doctors may be flawed

An investigation by The BMJ raises new concerns about a top-selling blood thinning drug and the regulatory decisions that led to its approval.

It reveals how company information about the benefits of monitoring blood levels of the drug – and how this would reduce the risk of major bleeding in patients taking the drug – was not shared with regulators.

According to Thomas J. Moore, Senior Scientist at US Institute for Safe Medication Practices, reducing bleeding "deserved to be ranked as a patient safety issue of the first order."

Company documents show how major bleeds could be reduced by 30-40% compared with well controlled warfarin (the widely used blood-thinning drug). But The BMJ has found that neither doctors nor regulators have ever been aware of these calculations.

Dabigatran (Pradaxa), made by Boehringer Ingelheim, is one of the 'new oral anticoagulants' that prevent strokes in patients with irregular heart rhythm (known as atrial fibrillation). The condition affects around 800,000 Britons and more than 3 million Americans and raises the risk of stroke by up to five times.

It works by preventing blood from clotting and is marketed as a better alternative to warfarin because patients don't need tests to check if they have the right amount of drug in their bloodstream. A patient's blood must be thin enough to protect against stroke, but not so thin that it risks major bleeding.

Dabigatran's main benefits were documented in a single clinical trial (called RE-LY). But according to The BMJ's investigation, the regulators "had concerns about the design and oversight of the trial."

In fact, The BMJ has learned that it took three reviews of the data to calculate the number of major and fatal bleeds among trial participants and even today there are doubts if all events have been properly accounted for. 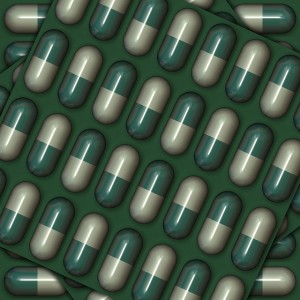 Documents obtained under freedom of information show that regulators questioned the company about the need for monitoring drug levels in the blood. But despite these concerns, dabigatran was approved by the US Food and Drug Administration (FDA) in 2010 and by the European Medicines Agency (EMA) in 2011 without the need for blood tests to check drug levels.

Once licensed, dabigatran proved a financial success, but by the end of 2011 concerns about fatal bleeds were beginning to emerge.

Documents from 2011 have revealed that the company worried about the need for monitoring and dose adjustment in high risk patients. In early 2012, the EMA asked Boehringer Ingelheim to give evidence to a specially convened expert safety committee, but the presentation did not reflect the company's concerns.

Crucially, in June 2012, a company analysis of RE-LY data showed that measuring blood dabigatran levels and adjusting the dose accordingly could reduce major bleeding events by up to 30-40% compared to well controlled warfarin.

However, Boehringer Ingelheim contest that the anti-clotting activity or blood levels of dabigatran do need to be monitored. "Our scientists determined, and the FDA concurred, that the research does not support making dosage decisions based on plasma concentrations – a conclusion based solely on science and patient welfare," a spokesperson told The BMJ.

They added that this information was not shared because the analysis did not provide a reliable prediction of patient outcomes.

In an accompanying analysis, Thomas J. Moore and colleagues say the safety of dabigatran "can be substantially improved in both the US and EU" and they urge the manufacturer, the FDA, and EMA "to agree on a therapeutic range and recommend initial dose adjustment based on plasma measurements."

They call for the blood test to be available in the US – and for the FDA to make available the lower 110 mg strength that is approved in the EU, Canada, New Zealand, and Australia "to permit dose adjustment in high risk patients."  Finally, they say regulators should recommend blood testing in all new patients, and eliminate the recommendation that dabigatran "does not in general require routine anticoagulant monitoring."

In an accompanying editorial, Rita Redberg, Professor of Medicine at the University of California, San Francisco and her colleague say today's report "illuminates a lack of transparency about the safety of unmonitored dabigatran."

They say society "must consider the trade-offs of an accelerated drug approval in terms of assurance of safety and effectiveness" and call for "a more transparent process of data collection and review that would make important clinical data available without waiting for litigation and subpoenas."

They acknowledge that society benefits when novel treatments are promptly brought to market, particularly in diseases with no alternative treatments, but conclude that "more methodological rigor prior to regulatory approval and careful and accessible post marketing surveillance can better inform patient care and allow us to recognize a truly novel therapy."