In a move that caught the world by surprise, the US Federal Reserve announced last night that it will maintain its bond buying programme at current levels. A reduction in the level of stimulus in the US economy had been widely trailed by Chairman Ben Bernanke for a number of months, although yesterday’s decision suggests that the central bank requires firmer evidence over the strength and sustainability of the US recovery.

We had become increasingly concerned in recent weeks that the tightening of financial conditions observed in recent months could push the pricing of mortgages higher and therefore impinge on the consumer and housing-based recovery. However, by keeping its asset purchase programme at US$85bn per month, the Federal Reserve has signalled its commitment to maintaining downward pressure on longer-term interest rates and supporting mortgage markets and broader financial conditions in the US economy.

While the future leadership of the Fed remains under review, we believe that yesterday’s announcement suggests that the central bank will be more cautious over monetary policy tightening than previously anticipated, with the withdrawal of stimulus likely to be a longer and more drawn out affair.

Markets have already moved to reassess the future trajectory of US monetary policy and are now pricing in a rise in interest rates at the end of 2014. Elsewhere, riskier asset classes have also responded very favourably to the announcement, with global equities rallying strongly.

Looking ahead, we expect the Federal Reserve’s stimulus programme to put the US economic recovery on a stronger footing. This in turn should have positive implications for corporate profitability in the world’s largest economy over the coming months.

Against this backdrop – and with monetary policy globally firmly supportive of growth – we believe it is appropriate to continue to favour equities across our range of multi asset portfolios. Although we have valuation concerns, overall we expect equities to be the best performing asset class, with cash yielding close to zero and government bonds looking poor value and likely to suffer from the withdrawal of central bank support over the medium-term. 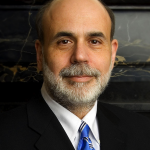 Emerging equity markets have rallied particularly strongly overnight, but the structural issues facing a number of major developing economies currently leads us to favour developed equity markets such as the UK and Japan. We believe the UK is well placed to take advantage of the global recovery due to its impressive linkages overseas, while we expect further economic and structural reforms to boost the corporate side in Japan.

We are also warming to Europe with Q2 GDP numbers showing growth for the first time in a year and a half. We are, however, mindful of the upcoming German elections and will be watching the outcome closely.

While we are more cautious on the outlook for government bonds, we do see tactical opportunities here, particularly in the UK. Gilts have suffered in recent months as market participants have failed to be convinced by the Bank of England’s rhetoric on when interest rate rises are likely to come. We feel that the market has moved too far and that the recent underperformance of gilts should come to an end given that the Bank of England is unlikely to increase rates before the Federal Reserve in our assessment.