Last Friday, ratings agency Moody’s cut the UK’s Aaa credit rating to Aa1, warning that economic growth in the country would “remain sluggish” over the next few years. The agency also said the UK government's debt reduction programme faced significant challenges, especially around meeting its targets by 2015-16. In short, Moody’s is concerned about the length of the UK’s austerity programme and the fact it is spread over an electoral cycle which creates “uncertainties”.

The two other main rating's agencies, Standard & Poor’s and Fitch, already warned last year that their triple A rating for the UK could be downgraded should the economic outlook not improve.

From where we stand, we agree with the consensus that the UK economy has been weak in the five years since the financial crisis – barely growing at all since 2010. Like Moody’s, we also believe that the domestic economy is poised for several more years of sluggish growth.

However, Friday’s downgrade had been largely anticipated by the market and we believe the bad news was already priced in. We had expected Moody’s to act sooner rather than later in terms of its ratings decision. Having said that, there was the possibility the ratings agency could have held off until the UK budget announcement towards the end of March. Fitch, for instance, had already said it would do this.

We believe last week’s announcement has actually been relatively muted in terms of its impact on UK government bonds. This is because, by and large, the market had expected the downgrade and also because the ‘safe-haven’ features of gilts have become less relevant in light of an improving Eurozone debt profile.

Sterling, however, has been impacted, and touched a two-year low of $1.5073 during early Monday trading. In our view, much of the weak sentiment towards the currency has already been priced in, certainly because all three main rating agencies put the UK on negative watch last year. 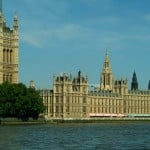 We believe Sterling has been artificially high because it has been attracting safe-haven flows away from the Eurozone. At Barings, we argue that inflation, economic growth and the Bank of England’s monetary policy will be the key drivers of sentiment towards Sterling in the medium and long-term.

Across our global fixed income portfolios, we have been generally guarded towards UK gilts for a number of months, largely because of the depressed outlook on economic growth. We have also been generally cautious on Sterling for the same reasons, continuing to view the fundamental deterioration in UK public finances as detracting, particularly with gross government debt as a share of national income likely to peak in 2016.