As a result of political deadlock in Congress, the US government has begun the first shutdown of some of its services in 17 years. A series of attempts late on Monday night to reach an agreement on the federal budget failed to produce a result, with both sides refusing to move on key elements of their position.

The shutdown had become an increasing possibility towards the end of September, as Republicans and Democrats remained deadlocked over the appropriate levels of US government spending. Elements of the Republican Party, which controls the lower house of Congress, continue to oppose President Obama's healthcare plans ('Obamacare'), and have attempted to introduce measures that will remove funding for the plans. Democrats, who have a majority in the Senate, have blocked these moves, resulting in an impasse that has required Washington to suspend some services.

Some vital services, such as social security and military operations, continue, but non-essential services such as the National Parks and federal offices have closed. Around 700,000 of the 2.1 million federal workforce has been affected by the shutdown.

Economically, the immediate impact is limited, with the perception being that the shutdown will only last a few days, rather than the extended shutdown of 1995-1996, which lasted for a total of 28 days. From a market perspective, US equities were somewhat weaker on the day before the shutdown took effect, with global equity indices mirroring this, but most of these losses were recovered in the following session. The US dollar has also dropped back, along with Treasuries, as investors shy away from the US as a result of the current uncertainty.

The bigger concern is that there will be no progress on a deal to raise the debt ceiling, which the US government is expected to hit in mid-October.

From where we stand, the shutdown was a long-expected event, given the pre-existing tensions between the two parties and we had positioned the multi asset portfolios we manage in advance of the event. A last minute deal is still the most likely outcome, in our view, with the US economy continuing to recover, although a small reduction in US GDP growth for the quarter is to be expected. The major development to watch for now in our opinion is any resolution to the shutdown and the debt ceiling, with the most likely outcome being that one side or the other will have to compromise on some elements of its position. 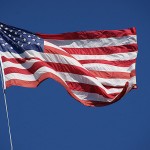 The ceiling of US$16.7 trillion was passed in mid-May, and the Treasury has been forced into extraordinary measures since then to keep paying federal bills. However 17 October is the deadline for any extension, and any delay beyond that puts the ability of the US to pay its bills in question, although we believe this is a highly unlikely event.

If the debt ceiling deadline is passed without an agreement, then the President will have to choose which federal bills to prioritise in order to avert complete paralysis. As a result, additional fiscal tightening is likely in 2014 as the federal government looks to rein in expenditure. Such a move may well mean that the Federal Reserve will look to keep monetary policy relatively stimulative, maintaining its asset purchase programme at or near to the current rate of US$85 billion per month.

In other words, it might be longer than many market commentators think before the Federal Reserve begins to reduce its programme of bond purchases in earnest.

Greece gets a bailout and the BOE gets Carney