“We welcome the dismantling of the ridiculous and economically damaging stamp duty slab system. This tax distorted economic behaviour and stunted aspiration.

"The IoD has long campaigned for this change, which will benefit the vast majority of homebuyers. However, we think that the proposed 12% top rate for the proceeds in excess of £1.5 million may be too high. A lower rate (8-10%) could lead to more transactions at the top end and actually bring in more tax.

“There has also been positive progress on income tax, with both the personal allowance and the higher rate threshold being raised. We called for a triple-locking of the tax bands to the higher of inflation (RPI), earnings or 2.5% on a similar basis to the single-tier pension. We believe this is right long term approach and urge all parties to consider this proposal. 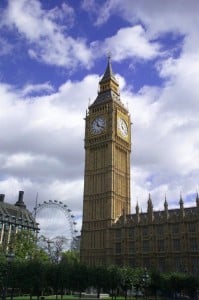 “The need for Northern Ireland to match the corporation tax rate in the Irish Republic trumps the inevitable increase in compliance costs/complexity for groups trading in both Great Britain and Northern Ireland. This move demonstrates how business tax competition invariably leads to lower taxation of business activity.

“We will be surprised if the Diverted Profits Tax collects over £350 million per annum as it is never easy to determine whether profits have been artificially diverted rather than being authentically allocated to a particular jurisdiction. We are also concerned that much needed foreign direct investment into the United Kingdom is threatened by the inevitable uncertainty in how the detailed provisions will be applied.”

“The announcements of further support for SME lending through the British Business Bank and the Funding for Lending scheme are to be warmly welcomed. However, imposing new taxes on banks, whilst making great headlines, could see a reduction in business lending. Singling out individual parts of our interdependent economy for extra taxation is not a good principle to follow.

“The decision to consult on removing regulatory barriers to crowd funding and peer to peer lending is very positive, as these both hold great potential for businesses.”

“It has long been anomalous that ISAs lose their privileged status on the death of a spouse and the announcement of the intention to reform this is welcome. The abolition of the 55% “death charge” on pensions has been widely trailed already but is none the less welcome, as is the better treatment of joint life annuity holders. Both measures will encourage financial resilience in the UK, which is currently weak.”

“Bringing home the benefits of shale with a ‘northern sovereign wealth fund’, as well as an independent shale exploration fund to inform the public directly on safety matters, is key to winning public acceptance. It’s right that the Chancellor supports the North Sea oil and gas industry while oil prices and production are falling, to incentivise investment and protect tax revenues.

On support for exporters, Allie Renison, Head of Europe and Trade Policy, said:

“Expansion of the UKTI’s regional International Trade Advisers network is a welcome move, particularly those with experience of working with first time exporters. Local insight visits for SMEs are vitally important given that smaller businesses often do not have the time or resources to devote to exploring new markets.

“The shift to put more resources into digitising export support is crucial. Nearly half of IoD members have used social media and online networking to identify business opportunities abroad, indicating that digital resources are important tools for would-be exporters. But there is no substitute for tax relief when it comes to offsetting costs to get businesses exporting, and the IoD hopes this will be an important consideration for this and the next Government.”

“The Chancellor spoke of a ‘Golden Age’ when it came to technology, and his announcements should help to ensure this age continues. We welcome government investment of £5.9 billion in research and development, including £113 million in Big Data, and £95 million in the next European space mission to Mars. Even more significant in the long term could be the extension of R&D tax credits. IoD members show that these credits lead to innovation and job creation throughout the entire of United Kingdom.

“Britain has long been a leader in the space sector, and funding the first European rover mission will pay for itself far into the future when the information and technology acquired makes regular missions to Mars possible.“

It's now up to the Tories