Despite record sales of the iPhone 5 upon its launch, the latest Apple handset has failed to meet the expectations of both analysts and consumers.

Wall Street had forecast sales of roughly 10 million units, though figures show that Apple only managed to shift 5 million handsets in the opening week.

Consumers have also faced significant disappointment, with many shops unable to meet demand for the handset, meaning waits of up to 4 weeks.

As with every launch of a new Apple product, there have been many reports of handset issues which may have consumers questioning whether to invest in the handset at all.

The latest Maps application that Apple have been pushing with iOS 6 has been the biggest source of disappointment. Many initial users have been unwittingly directed to the completely wrong location as a result out-of-date information and poor GPS tracking.

This issue is surely responsible for poor sales with many Tech experts such as James Craddock telling us “I won’t sell my iPhone or upgrade to iOS 6 until Google release their own Maps app.”

Apple have been quick to acknowledge that the application is far from polished, with CEO Tim Cook issuing a statement of apology and assurance within the week of launch. As the application becomes more frequently used and users give more feedback, we can hope to see considerable improvements being made.

The new design of the iPhone 5 has already caused considerable upset from die-hard Apple fans. The anodized aluminium design that can be found on other Apple products such as the MacBook Pro and iPad is especially prone to scratching, with many users reporting chips and scratches within one day of use. The only remedy for this problem is to purchase a case. This will come as a disappointment to users who want to appreciate the stunning design of the latest handset.

The iPhone 5 camera has been producing a strange purple flaring whenever a bright light source is visible in shot. This was an issue with the 4S that we hoped would be sorted, however it seems to have gotten worse. Apple’s response has been that users are simply holding the phone incorrectly, echoing their response to reception issues found on the iPhone 4. We can only hope that this problem will be fixed in the next inevitable iPhone upgrade.

Regardless of the problems, the iPhone 5 is still a magnificent handset. It will no doubt have people going on the internet to sell stuff online for free to fund the purchase of this luxury handset. It is, however, important that people be aware of the problems to avoid disappointment when buying such an expensive phone. 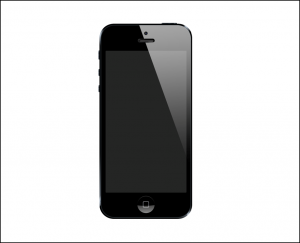 Hybrid or Electric? Which Technology Comes out on Top?