Following the announcement that David Morris MP has been re-appointed as the Government’s self-employment ambassador, IPSE, the Association of Independent Professionals and the Self-Employed has offered its congratulations.

“Having worked closely with David Morris MP, IPSE is delighted that he has been re-appointed as the Government’s self-employment ambassador, and we look forward to continuing our very strong relationship with him.

“With a small business background and having been self-employed himself, David has a keen understanding of the issues that the smallest businesses face on a daily basis such as late payment and getting access to the support and training needed to succeed. We congratulate David and look forward to him continuing to champion this important section of the economy.

"David’s re-appointment is another signal that the new Government is committed to helping the 4.5 million people working for themselves to flourish. This builds on the appointment of Anna Soubry MP as Minister for Small Business and the Enterprise Bill announced in recent weeks, and we expect the Government to follow through with the full agenda it outlined in its business manifesto.” 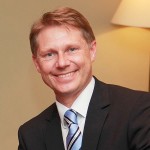 "I am delighted to be re-appointed as the Government’s self-employment ambassador. As a self-employed businessman for many years before being elected to Parliament I know only too well how complicated legislation can burden businesses and over the last 6-8 months in the post I have enjoyed speaking to business both in my own constituency and nationwide about how the Government can help their business thrive.

“I look forward to continuing to work with IPSE and other bodies who represent the self-employed to come up with new ideas in the coming months. One of the things I would especially like to tackle is IR35 which has always been unnecessarily complicated.”

Legislation not the answer on parental leave says UKIP

Imprisoning children may lead to sexual offences in adulthood