Today is the IPv6 World Launch Day. Sound the trumpets and lay down the red carpets. The greatest advance for the internet since its inception has arrived!

But many people will not have heard of this auspicious day and unless it directly affected them will have no idea of its impact and perhaps not really care.

What it means is that the internet's plumbing has been severely upgraded as of today ….. well partly.

Previously the internet was powered using IPv4, which had a major drawback where the modern use of the web was concerned in that it only had provision to supply a meagre 4.3 billion IP addresses. This is not enough for all the people and all their computers, phones, ipads etc. They could not all be connected at the same time.

In fact some providers had already run out of addresses.

So the IPv6 concept was born that would allow for a staggering 2 to the power of 128 or over 340 trillion, trillion, trillion IP addresses. More than enough to keep us going for some while longer. This effectively allows the Internet to grow.

But of course a simple switch-over this won't be. Because IPv4 and IPv6 are not compatible. So the two systems will run in tandem for a while.

But the four largest websites in the world – Google, Facebook, YouTube and Yahoo – have participated in the great switchover.

What does this mean to the average user? Not a lot except that there is more room for more devices to plug into the system.

But there are some things you should know about IPv6 according to pcworld:

1. It is necessary so that we can all pug in to the net.

2. It will allow for each device to have its own unique IP address instead of it being 'issued' on a connection by connection basis.

3. The 'Dual Stack' system allows the use of both IPv4 and IPv6 devices on the internet so there's no need to rush out and buy a new IPv6 computer.

4. There wasn't an urgent need to switch but as regions run out of IPv4 addresses then users will need to use IPv6 addresses.

Pc World also points out that this was inevitable as internet usage grew, IPv6 is far more efficient than IPv4 and it is also far more secure. 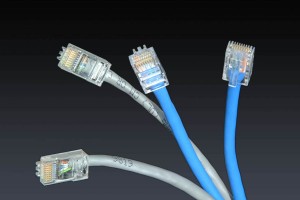