Legal and reputational threat to businesses could be crippling, says ACCA

Business supply chains have become so complex that companies could be at risk of prosecution by paying for goods and materials that have been pillaged by criminals and terrorists – even Isis fighters in Iraq – without even realising it, warns global accountancy body ACCA (the Association of Chartered Certified Accountants).

ACCA has produced a report which points to the major risks companies around the world face by the vast complexities of supply chains which expose them to paying for goods and materials that may have been pillaged from war zones, exposing those businesses to prosecution. Recent reports from foreign intelligence agencies identify pillage of raw materials from Syria by Isis fighters in Iraq as being a source of funding for the group. However, ACCA says the pillage – the crime of theft in armed conflict – is widespread beyond the conflict in the Middle East.

The ACCA report, 'Pillage: a new threat to global supply chains', says that the rise of cross-border supply chains, and the fact they have become longer and more complex makes it easier for raw materials that have been pillaged to enter the supply chain. Simply handling pillaged goods can count as money laundering, vastly expanding the scope for prosecutions.

“Pillage as a prosecuted offence seemed to disappear after the Second World War, but globalisation and the related supply chains have seen it re-emerge in the 21st century.

“The fact Isis fighters have sold raw materials that were pillaged from Syria means those materials have entered the machinery of global trade. It could mean consumers in the UK, US and around the world will be buying products that have pillaged components in them and that multinational businesses are indirectly financing those fighters. Prosecution is an option not just in respect of the original theft, but also for handling the pillaged goods or the proceeds from them. 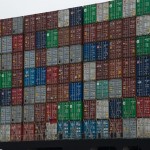 “It is more widespread than the current flashpoint in Iraq. The consumer electronics industry is just one sector that could be at risk with its reliance on tantalum, tungsten and tin, which have links with the various conflicts afflicting the DRC. The risks for businesses go far beyond mineral extraction. A key element of the initial case against Charles Taylor, former president of Liberia, related to illegal logging activities. Garment manufacturers must deal with the complexities of the cotton supply chain. Coal, palm oil, even works of art could potentially be tainted by pillage and give rise to money-laundering implications.

“You can order your mobile phone in the colour of your choice, buy cheap clothes at the out-of-town mall full of chains stores you choose, and buy customised birthday cards one at a time off the internet. And behind that incredible array of choices lies a global web of trade and manufacture which almost defies comprehension.

“As well as the potential legal threat a business faces by using pillaged goods, there is a crippling reputational impact. While it will depend on a company’s customer base, the main risk is that today’s customer is more socially aware and concerned about the impact businesses have on the social and physical environment. Companies exposed to pillaged goods and materials through their supply chains will take a hit to their reputations. Who wants to buy a company’s products made with the fruits of war, when a competitor’s business is squeaky clean?”

ACCA says that finance professionals have an important role to play in designing and implementing assurance systems to guard against pillaged goods and materials in a company’s supply chain and the report points to various government-led initiatives around the world, such as the European Union proposed regulations for self-certification of responsible importers (2014/0059 COD) and Section 1502 of the US Dodd-Frank Act.

But ACCA says that the administrative burden of maintaining, for example, a consistent paper trail of accountability at every stage in the production process in respect of every individual shipment of materials is unlikely to be an attractive prospect for businesses. The levels of due diligence required at each stage of the production cycle will vary according to the perceived risk, and the resources available to the business. However, the global accountancy body warns that a lack of resource to confirm the status of goods will not in itself constitute a defence in criminal proceedings.

Jason Piper said: “Businesses may need to look at other ways of ensuring as best they can a pillage free supply chain. Many end manufacturers, such as those in the car industry, may have millions of variants on one product line sourced from an array of multi-layered supply chains. Notwithstanding the abhorrent nature of the underlying crimes, a business must, in managing its risk, maintain a focus on the economic realities of staying in business. If the costs of effective supply chain assurance become too great then competition from less scrupulous competitors may well render the best efforts of a responsible business counterproductive as its goods are priced out of the market.

“Business may need to give consideration to finding proxies for direct assurance. For example, suppliers’ membership of recognised trade bodies or submission to certain levels of audit will demonstrate a commitment to good practice. Whether this can be judged adequate will involve a considered appraisal of the circumstances, a process ideally suited to the skills of the modern accountant.”