As we approach this December the 12th General Election date, many people are saying that the chances of a no deal Brexit are dissipating. But are they?

So, a no deal Brexit is still a technical possibility – it has not been removed in legal terms.

So let's assume Boris Johnson does end up in Number Ten leading a new Conservative Party government, what are the possibilities?

Now the legislative timetable will be tight for him to get the essential treaty legislation through Parliament and have the EU Parliament agree to it all as well, so that the UK leaves the EU with his deal on Brexit Day.

So most people are assuming it will all hinge on the size of the Boris majority in the House of Commons once all the votes are counted.

But it might not be quite as simple as that.

The reality is, that it will all hinge on the Brexit quality of all MPs, especially those of the Tory flavour, that end up in the House of Commons after the General Election.

And stories are coming out that former Tory Remainer MPs, who have either been ousted or have decided not to stand again, are in some cases being replaced with more possible Remainers.

Now I don't know how true this is, but I read on twitter that Anna Soubry's replacement in Broxtowe may well have voted Remain in the 2016 EU referendum. So where does that candidate's loyalties lie?

And the trouble is that we will have no real idea until all the nominations are in, accepted and published by the local returning officers.

It is at that point that we will start to uncover what sort of Brexit government the Tories could realistically form – and forget politicians' promises, they mean diddly squat.

And if the bulk of them are, as is normal in our two party state, a rollover of the last lot, then you can understand my concerns.

Especially if their number is increased by some new Remainers, closet or otherwise.

Then there's the matter of the Tory manifesto. What will it say about a no deal Brexit, or about the future relationship negotiations with the EU?

We won't know that until after nominations are closed tomorrow, at which point it will be impossible for Nigel Farage to change his mind and reverse the decision to stand down his Brexit Party in 317 Tory seats.

So we'd be stuck with whatever Tories got in, as probably the sole Brexit presence – and as I pointed out earlier, the overall 'Brexit quality' of the Parliamentary Conservative Party might not be as high as some hope.

And, apart from the views of the PM, this is what will drive the likelihood of a no deal Brexit occurring.

And that will inevitably taint any Cabinet team that Boris puts together.

Is this when we start to see the heirs to Dominic Grieve, Oliver Letwin, Anna Soubry and Ken Clarke begin to make their presences felt?

Will we see the Remainer based opposition trying to form secret behind the scenes anti-Brexit alliances with them? Silly question.

Will we have drained the swamp and changed politics for good? Another silly question.

Now, I'm not saying they would try and openly stop Brexit on the 31st of January, but there may be enough of them may make sufficient noise to force Boris Johnson into at least a technical Article 50 extension, to get his deal finalised and prevent that no deal Brexit.

And this could be quite significant. Why, because under the political declaration the UK has to decide by June 2020 whether or not to extend the transition period beyond the 31st of December 2020.

Therefore any further Brexit delay would heighten the chances of that period being extended by another two years.

So I'll leave it to you to decide if Boris, with a nice majority, decided it would be expedient to delay the Article 50 process a few weeks due to some supposed legislative problems, with the repercussion of delaying the transition period beyond the end of next year as well.

Now, on whatever date it is, the day the Article 50 period ends and the transition period commences meaning we have legally exited the EU, far from every single Remainer in the UK shutting up shop, every single one of them will become an instant 'Rejoiner'.

Especially the likes of the SNP politicians.

And every single one of them will be campaigning, and if they are MPs working, towards any future relationship treaty we have with the EU, and oh yes it will be a treaty, that any post Brexit treaty is as 'Rejoin' friendly as it can be made.

They will want as much alignment with the EU that they can get away with.

And the more Tory Remainer MPs there are, the easier this task will be.

And the easier it will be for a future government to put a Lisbon Treaty Article 49 submission into the EU for us to become full members once again.

Is this possible after Boris promised a free trade deal with no political alignment – oh yes, because Boris also promised that any MP that wanted to get involved in forming that post Brexit treaty would be welcome to participate – it will be a parliamentary affair, not just government.

But isn't Boris saying that he'll just get Brexit done and then we move on as a nation?

He may say that, but the word 'Brexit' is just current shorthand for the words independence and sovereignty.

So after Brexit day next year (whenever that actually turns out to be) the Rejoiner MPs will be hoping to work in those committees and in the House to try and push the UK into a tight parallel path alongside the EU until they identify that once in a while shortcut route back in.

They will work as hard as they can to limit our ability to follow our own independent path that could cause our rules to diverge away from those of their beloved European Union.

The same forces that got us into the EU, got behind project fear then tried to overturn the EU referendum vote over the last three and a half years or so, will not stop.

They will view our departure as a minor setback in their short to long term plans and continue to drive towards a united EU superstate that includes the UK – and we must recognise that the Rejoin push will never, ever stop.

We must be eternally vigilant and always ready to act in the defence of our national sovereignty at all levels.

Now just a little bit on Nigel Farage and The Brexit Party.

After pulling out of fighting for 317 seats, he has resisted intense pressure to compromise further in order to maximise the chances of a robust Tory victory.

But let's take a look at what Nigel Farage actually wrote in his statement:

"Now that the Prime Minister has said we will not extend the transition beyond 2020, and he will go for a Canada-style free trade deal without political alignment, I have decided to put country before party and not oppose Boris Johnson."

And those last four words are the key. It is an unqualified statement. It does not say 'in the 317 seats the Tories won in the last General Election' does it? It simply says he will not oppose Boris Johnson, which obviously leaves the door wide open for many more one-sided concessions by The Brexit Party.

So far Nigel Farage has refused to budge one more inch for the Tories. And nor should he, given that Tory Remainers are being placed as candidates and the Conservative party manifesto has yet to see the light of day.

But candidate nominations close at 4pm tomorrow afternoon, which is also the deadline for candidates to be pulled. So let's wait and see.

And now the despite Brexit section.

Consumer price inflation fell from 1.7% in September to 1.5% in October.

And the ONS says the largest downward contribution came from electricity, gas and other fuels as a result of changes to the energy price cap.

As well as from furniture, household equipment and maintenance; and recreation and culture.

With slight upward pressure coming from rises in clothing and footwear prices.

As a result there is speculation that an interest rate by the Bank of England could be on the cards soon.

We are putting country before party. pic.twitter.com/O2MUynSqWH 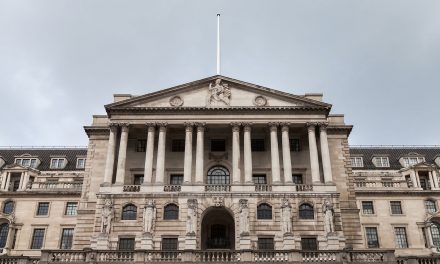 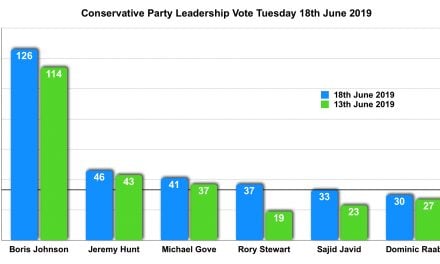 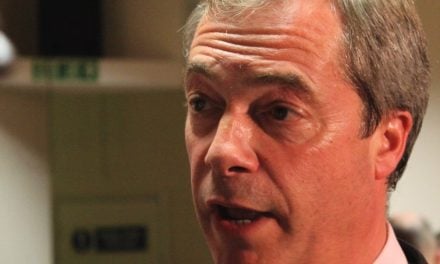