To determine if the UK’s decision to leave the European Union has had an impact on tourism both in regards to foreign citizens visiting the country and Brits travelling, insurance for arcades provider Lycetts has provided this investigation:

How are international travellers viewing the UK as a holiday destination?

Barclays’ Destination UK report included a survey of more than 7,000 international holidaymakers, which revealed that over 60 per cent are more interested in visiting the UK now than they were 12 months ago.

97 per cent also responded that they would like to see the UK in person, either in the coming months or at least some point in the future.

The top five most popular areas for international visitors were also revealed to be:

The UK’s economy is sure to be boosted by this development, especially when the spending patterns of international travellers are also taken into account. This is because a survey conducted as part of the Barclays Destination UK report found that the average spend on accommodation by this group to be £667, along with £453 on shopping and £339 on food and drink.

Also consider official statistics from VisitBritain. The stats detail that a record £2.7 billion has been spent by overseas visitors in just January and February 2017. This is a rise of 11 per cent compared to 2016’s figures over the same two months.

“These figures show that 2017 is off to a cracking start for inbound tourism, one of our most valuable export industries. Britain is offering great value for overseas visitors and we can see the success of our promotions in international markets. We must continue to build on our message of welcome and value in our high spending markets such as China, the US and the valuable European market.”

VisitBritain has some interesting insights about international visitors in their How The World Views Britain — 2016 report, specifically on what attracts overseas travellers to our shores in relation to their UK ranking for NBI dimensions and attributes… 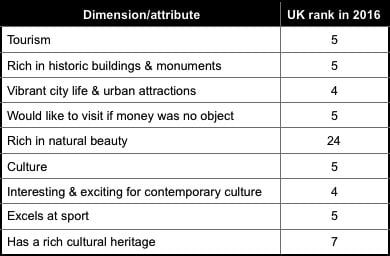 How are residents viewing the UK as a holiday destination?

In leading association of travel agents and tour operators ABTA’s Travel Trends Report 2017, it was revealed that the number of domestic holidays taken in the UK rose from 64 per cent in 2015 to 71 per cent in 2016.

Barclays’ Destination UK report showcases the growing appeal of the staycation even further. Their research revealed that more than a third of adults across Britain are choosing to holiday closer to home this year, because of personal preference as opposed to limitations due to cost.

When it comes to the type of UK-based holiday that Brits are looking at in 2017, Barclays found that 40 per cent of more than 2,000 UK holidaymakers are considering a city break. 37 per cent responded by stating that they would prefer to visit and stay in a rural location. 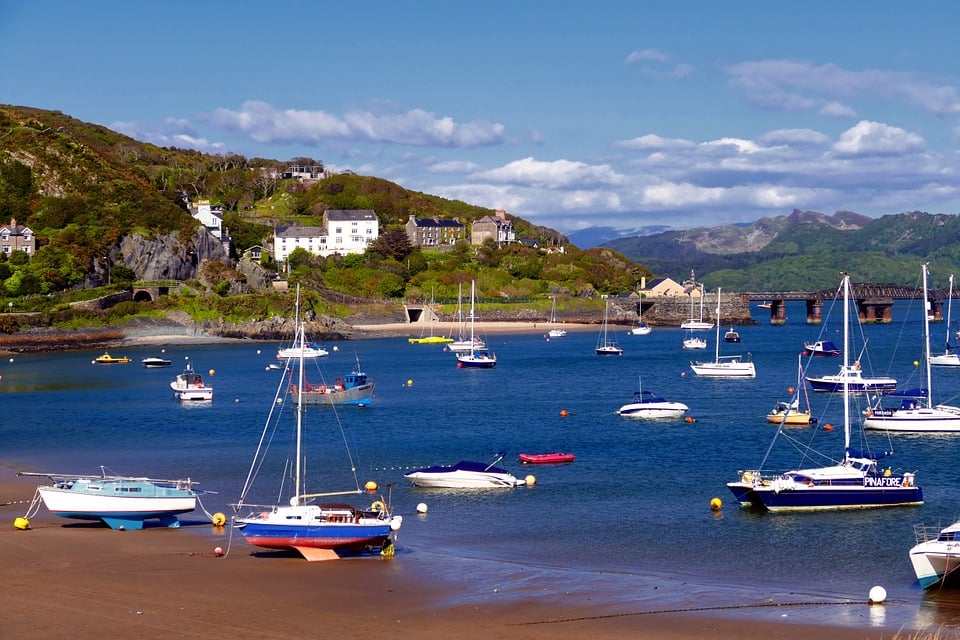 The top five most popular regions for domestic holidaymakers have been established as:

According to Barclays’ Destination UK report, all of this is giving the UK’s economy a boost. The average visitor taking a trip within the UK spends an average of £309 on accommodation throughout their staycation, as well as £152 on eating out, £121 on shopping and £72 on holiday parks – if that is part of their domestic getaway.

A look into the UK’s top visitor attractions

So, is the UK being appealing to residents and international travellers having a positive effect on visitor numbers to the UK’s top visitor attractions?

There’s good reason to think there is when you consider 2016 visitor figures from the Association of Leading Visitor Attractions (ALVA). It was found that visitor numbers at UK attractions has jumped by 7.2 per cent when compared to the figures recorded in 2015.

London has the most popular attractions, with 66,938,947 people visiting these sites some point in 2016. To put that figure into context, that’s more than all of the UK’s population. Many other popular spots also recorded healthy tourism figures upwards of 1 million tourists though…

“Many of our members in Scotland, Wales, Northern Ireland and Cornwall had record years in 2016, although the first nine months of 2016 were unquestionably hard for our members, particularly in London, for many reasons. However, by the end of the year nearly all attractions were reporting growth from visitors from overseas and the rest of the UK.”

CHART OF THE WEEK UK: GDP Growth by Sector