The latest house price index from the Land Registry puts the value of an average house in England and Wales in September 2014 at £177,299, a marginal decrease of 0.2 percent compared to August. But it does represent an annual increase of 7.2 percent.

Looking at the house price graph at the foot of the article you can see the Nationwide, Halifax and Land Registry indexes just beginning to level off a bit, but the Rightmove asking prices do seem to be holding up well (only Rightmove data is available to October, all others until September).

In London the average house price is £460,521, a monthly fall of 0.7 percent but on an annual basis an 18.4 percent increase. Within London the area with the highest average price is Kensington & Chelsea (£1,341,854), an annual rise of 15.2 percent but that area did see a fall of 0.3 percent in prices over the month to September. Barking and Dagenham, despite having the lowest average house price at £262,122, saw a monthly increase of 1.3 percent and an annual jump of 20.1 percent.

At the other end of the scale Yorkshire and the Humber saw only a very small annual increase of 1.4 percent and also had the largest monthly fall of 2.2 percent.

When looking at the types of houses all have seen increases of 6 or 7 percent with the semi-detached variety leading the way.

The Land Registry reports that the volume of house sales in the months April to July this year have averaged 75,950 a month continuing an upward trend. It is however well short of the 123,665 seen back in Aug 2007 before the credit crunch bit. It is however an improvement on the low transaction volumes seen more recently; in January 2009 it was as low as 26.273.

Repossessions are falling, but data is only complete until July and due to the nature of repossession reporting this will lead, says the Land Registry, to small increases to the reported volumes over time. In the months April to July there were 890 repossessions on average per month, which is well down on the average of 1,324 per month seen a year earlier continuing a downward trend said the Land Registry. 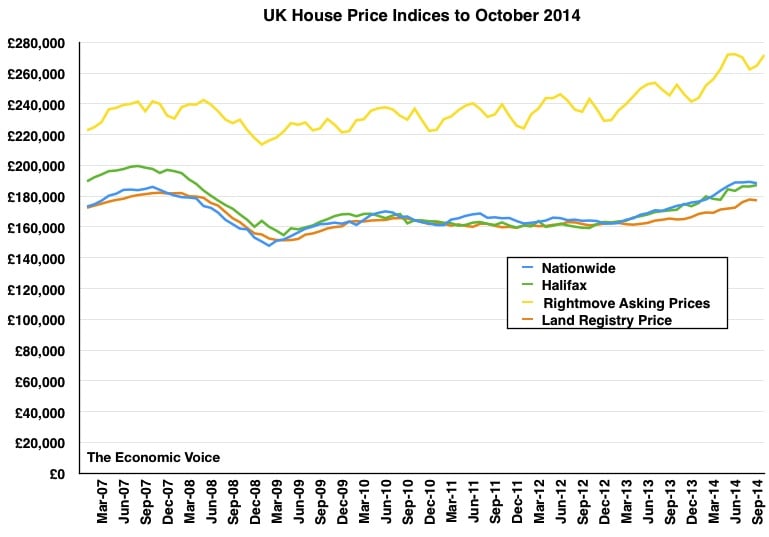 Fatboy Slim to play historic gig at House of Commons

CHART OF THE WEEK: Contributions to UK Trade Balance