Is it any wonder that people do not save

Savers are currently being hit by historically low interest rates from the bank of England, quantitative easing, investment fund fees and recently, the latest scandal, being locked into artificially low pension payout rates.

As Dan Hyde in the Telegraph says, this exposes '…yet again how the insurance industry takes advantage of pension savers when they reach retirement'.

The scandal panned out like this. Male savers approaching retirement age were warned that annuity rates for them would crash after 31st December when the EU equality rules came into force, rules that outlawed the use of gender assessment when setting annuity rates. And, as historically males died earlier than females, a man could normally expect a larger income from the same sized pot than a female. But if annuity rates were equalised and payments dropped for males after 31st Dec 2012 then it made sense to buy an annuity early, right? So there was a rush of male investors queueing up to buy an annuity in response to what was tantamount to scaremongering at what they thought was a better rate than they would get later.

Not if, as data from Your Money suggests says the Telegraph, the insurance companies that provided the annuities had already dropped the rates artificially before the rush in order to profit from it. That is to say that the rates they offered men during that short period before the end of 2012 did not properly reflect their benchmark, government bond returns. 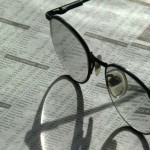 "Your Money has unearthed evidence that annuity providers cashed in on this boom. In fact, rates were slashed to record lows well before December – just as customers flooded through the doors." says the telegraph, which also quotes Dr Ros Altmann, former government pensions adviser as saying "It was scaremongering of the worst kind. Many people were terrified into buying an annuity when it may have been the wrong option at the wrong time."

So it looks like the insurance companies were callously advising men to buy annuities early at artificially low rates to make a hefty profit. Who'd have thought it?

Is Car Sharing a Good Way to Save Money on the Daily Commute?

Careers that pay more than you may think