Is It Good for Law Firms that House Prices are Increasing?

House prices are increasing across the country, but there is a staggering level of inflation in London. An average property in the capital city will cost you more than £400,000, which is 30% higher than the peak house price levels in 2007, before the economic crash.

When you compare this to the average price outside London of £188,905 (or £271,000, if you include the capital city in the national average), that is a dizzying amount of money, and it prices many families out of the market. Even prices outside London are too expensive for many people in full-time work, as house value continues to rise drastically, while wages stagnate.

Eight out of ten homes are too expensive for families to buy while on the average wage. This is assuming that they can save up the typical 18% deposit on the property in the first place. Four out of five first-time buyers are being priced out of the housing market, leaving many workers unable to purchase a home. With so many people already in debt, how will they manage to put down enough money on a house and avoid the worst interest rates?

Will Things Change In The Future? 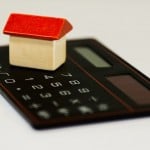 The Bank of England has suggested that people just wait and see what happens to the housing market. With the introduction of the mortgage market review (MMR), it’s hoped that the housing market will begin to stabilise in the future, as banks won’t (in theory) be handing out risky mortgages that applicants won’t be able to afford. MMR works by conducting an exceptionally in-depth analysis of an individual or a couple’s ability to make their mortgage repayments.

If you are considering buying a new home, you are best to contact a residential property solicitor, such as FBC Manby Bowdler Solicitors in Telford.

As many people expect interest rates to rise sooner than previously forecast, it’s predicted that fewer people will be looking to purchase a home in the UK. For many working people in this country, this is a dream they wish to attain comfortably within their lifetime. When a family searches their whole town for somewhere to live and finds nothing they can afford, there is a serious problem with the housing system.

Will This Impact Law Firms?

This is bad news for conveyancing lawyers, as fewer people are predicted to need their services, due to being unable to enter the housing market. Until more houses are built, it doesn’t look like prices will become more affordable – the government will need to invest a lot of money into construction. Even with the Help To Buy scheme, many families still can’t service a mortgage. With fewer people entering the legal realms of property purchasing, law firms will be at low demand.

The Road to a Sustainable Growth: Financial Predictions 2014