Some commentators predicted that the budget announcement on 19 March 2014 would be a fairly low-key one. By now, most of us are aware of how wrong they were.

The most controversial and headline-grabbing part of the announcement had to be the radical reform of the pensions sector. With the renovation of the punitive drawdown tax system, all-but-compulsory annuitisation was eradicated, allowing savers to spend or invest their pensions however they wish.

This has led to fears that many pensioners will invest their money into property, turning up the fire beneath an already overheating housing market. There has been almost three weeks of conjecture on the topic, with some anticipating disaster, others anticipating a small impact, and others still dismissing the fears outright.

In the second or possibly even third camp was the Telegraph's Richard Dyson, who questioned whether now is even a good time to get into buy-to-let. Citing forward guidance from the Bank of England that the base rate will soon begin to edge upwards – potentially plateauing in 2017 at the new 'natural' rate of 3.0% – he argued that the returns from buy-to-let could start to diminish, and even fall into the red.

It's true that rock-bottom interest rates have seen a legion of short-term investors enter the market, enticed by the profits on offer. It's also true that 'rent roofs' – held in place by a combination of local market forces and tenants' disposable income – mean that rents will probably not rise in line with a 2.5% increase in mortgage interest rates.

But there are other factors to consider. 3.0% is still a historically low interest rate – there were well over a million outstanding buy-to-let mortgages when the recession hit1, and at this time the base rate was around 5.0%. That's higher than many of the introductory rates from which buy-to-let mortgage customers can currently benefit. 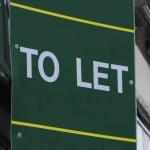 At this time, the fixed differential on a tracker mortgage might have been as low as half a percentage point. It is reasonable to anticipate that, with a slow and contained rise of the base rate, lenders will be able to hold their own rates in check so as not to alienate business or force customers into arrears.

This might seem like an optimistic outlook. As commercial products, buy-to-let mortgages do not afford the same protection as residential mortgages, and lenders can increase rates and repossess properties with comparative impunity. However, such a cavalier attitude is unlikely, particularly given the new regulatory framework about to kick into play – the Mortgage Market Review – which will tie the residential market up in an unprecedented amount of regulation and make buy-to-let business even more important in balancing lenders' books.

We should also consider that buy-to-let is a two-pronged investment; returns come in the form of both rental yield and capital appreciation. Recent market entrants may be primarily concerned with income, but even a loss-making buy-to-let portfolio holds some promise in its potential future returns.

Perhaps, then, we might see a gear-shift; from the low-overhead approach offered by high-LTV, interest-only mortgages to an investment strategy that makes use of long-term fixed rates and capital repayment products. We might see heavy gearing fall out of favour as investors become more cautious in the face of rising interest rates. But this is only if buy-to-let ceases to be a viable short-term investment – and at present, I don't see a lot that convinces me this will be the case.