Is It True? Fed Official Apologizes for “Greatest Backdoor Wall Street Bailout of All Time”

One of the most amazing things occurred the other day: a former Federal Reserve official apologized for being part of the quantitative easing program!

Andrew Huszar was an integral member of the Federal Reserve team put in place to launch the most aggressive, unprecedented quantitative easing program in the history of America.

Much of what Andrew stated won’t be news to my readers, as I’ve highlighted many of these points before.

But now that an actual Federal Reserve official is publicly stating what I’ve said all along—that the quantitative easing is only helping Wall Street, not Main Street—perhaps this can help gain traction in trying to put pressure on the Federal Reserve to come back to reality.

At the very least, I’m glad that Huszar is now publicly stating what we already know, that the quantitative easing program implemented by the Federal Reserve is “the greatest backdoor Wall Street bailout of all time.” (Source: “Confessions of a Quantitative Easer,” Wall Street Journal, November 11, 2013.)

Huszar’s inside assessment of the Federal Reserve’s program is that quantitative easing does not help the average American; instead, he says, “Wall Street was pocketing most of the extra cash.” (Source: Ibid.)

It doesn’t take a rocket scientist to understand the true impact (or lack thereof) of the Federal Reserve’s quantitative easing program.

Think about it: trillions of dollars have been pumped into the economy, yet how much has the U.S. economy really benefitted? Very little, I would say.

Most of the benefits of the trillions of dollars have gone to build new bubbles, such as the bond market and now the stock market.

The politicians, as well as the top one-percenters, don’t feel the need to do what’s really needed—implement structural changes in our economy—because they see the stock market going up. They’re feeling fine about the whole situation, as their wealth is growing.

But for the average American, the situation is only incrementally better than it was a few years ago.

My worry is that the U.S. economy and the markets have become addicted to quantitative easing. The longer the Federal Reserve keeps pumping up the balloon, the more painful it will be when it bursts. 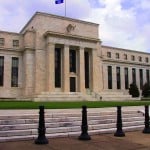 This simply can’t go on forever, and I would urge readers not to necessarily panic, but just prepare for when the good times end.

This means markets that have been pumped up over the past couple of years are, for the most part, in unsustainable territory. I don’t think the stock market would be where it is today without the Federal Reserve’s trillions of dollars of quantitative easing.

And now we have a former Federal Reserve official explicitly stating what I’ve been warning about for months—that Wall Street is addicted to the quantitative easing program.

However, at some point, the Federal Reserve will begin to pull back, and the pain, I fear, will be much worse than people currently expect.

What should an investor do?

Because it’s impossible to predict the top of any market, one should still have a well-diversified portfolio. To that end, I would look for companies that are out of favor and, thus, have remained below the radar of the excess liquidity generated by the Federal Reserve.

I think having a hedge against both inflation and the U.S. dollar also makes sense, and this would include precious metals (gold, silver, platinum, palladium) as well as investments that profit from the emerging markets and outside of America.

I believe we are closer to the end than the beginning of quantitative easing by the Federal Reserve. With more people beginning to realize that this policy isn’t helping the average American, watch for any adjustment, as the process will be quite painful.

This article Is It True? Fed Official Apologizes for “Greatest Backdoor Wall Street Bailout of All Time” by Sasha Cekerevac, BA was originally published at Investment Contrarians