If you have been following the price of oil over the last few months, the chances are you're a little confused. On the one hand you have the likes of A. Gary Shilling who, in this Bloomberg article [1], loudly trumpets the prospect of oil at $10/Barrel, and on the other there is T. Boone Pickens, who, at the end of last year was predicting a return to $100 within 12-18 months. Pickens prediction has moderated somewhat as WTI and Brent crude have continued to fall, but in January he was still saying that oil would return to $70 or $80/barrel in the near future. So, who is correct

The answer is neither one. As with most things in life it is unlikely that the truth lies at either extreme. Pickens, and Shilling and other commentators suggesting that oil will fall to levels not seen since 1998, purport to have sound reasons for saying what they do, but the real reasons for such comments are most likely the two oldest human motivations in the book, greed and hubris. “Talking your book” is nothing new in financial markets and, while Pickens has an insider's knowledge of the oil business, he also has a massive stake in driving oil higher however he can. Shilling is in the business of garnering eyeballs and clicks, hence the competition for the most outrageous prediction among the bears.

I know it isn't sexy and it probably breaks some unwritten rule of internet hackery to say it, but the most likely scenario is that WTI futures will bounce around current levels for a while before gradually recovering to the $60-$70/Barrel level. It could even reach Pickens' revised $70 or $80 level before too long, but we are unlikely to see $100 in the near future without some major external influences. 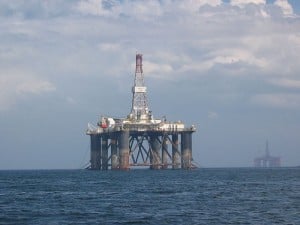 Now that the dust has settled somewhat, the reasons for the big drop are becoming clearer, and it is clear that supply was not the only factor. It was obvious for a while that as fracking unlocked oil deposits in shale and sand that had previously been thought unreachable, supply, particularly in the U.S. would grow considerably. That wasn't seen as too much of a problem by the market, though, until questions about slowing global economic growth and a rapidly appreciating Dollar were added to the mix in the middle of last year. Once that happened and OPEC made it clear that they would not immediately cut supply and hand power to the upstart U.S. shale producers, the collapse began.

Put simply, supply has increased faster than demand, so a rapid return to oil over $100/Barrel looks extremely unlikely. That said though, in order to believe that the price will fall much further you have to believe that the economic outlook today is worse than it was at the beginning of the deepest recession since 1929. That too seems like a bit of a stretch.

The only logical conclusion then is that in the near term oil will trade in an approximate range of $50-$70. Incidentally, the bottom end of that range represents the inflation adjusted 100 year average price, according to one Morgan Stanley analyst quoted in another Bloomberg article. We shouldn't, therefore, be shocked that oil is here any more than we should be shocked that publicity hungry columnists and heavily invested oilmen are predicting further wild swings.

By Martin Tillier for Oilprice.com

The benefits of using a prepaid card on the High Street

The failure of the Help to Buy ISA