As hedge fund managers short-sell the stock of a luxury home builder, is it likely that the once-soaring market will falter?

According to the Financial Times, the Financial Conduct Authority (FCA) has reported that a small group of hedge funds has short-sold the stock of Berkeley Group, a high-end London housing provider, in anticipation that its shares will fall in the coming year.

The prime London market has slowed in recent months

The price of prime property in the capital faltered in 2015 after a long period of strong growth, thanks in part to the new progressive stamp duty regime that results in lower tax bills on the purchase of most properties, but higher bills for those bought for more than £937,500.

The old slab system was considered distortive and was widely criticised. The government would always have struggled to implement a replacement that was both popular and fiscally neutral, but the new system is not the only tax that targets high-value properties…

Wealthy homeowners are known to buy or own high-end properties through companies in order to avoid certain taxes.

To combat this, in 2013 the coalition government introduced an Annual Tax on Enveloped Dwellings (ATED), which levied an annual charge on residential properties worth £2 million or more that were owned or bought through corporate envelopes.

The charge payable depends on the value of the property and is linked to CPI inflation. The largest annual levy is currently set at £140,000 for enveloped properties worth £20 million or more.

On 1 April 2015, the charges increased and the threshold at which ATED became payable fell to £1 million, with £7,000 payable annually by corporate owners of dwellings in this band. The threshold will fall again in 1 April 2016, with an annual ATED charge of £3,500 payable for properties valued between £500,000 and £1 million. 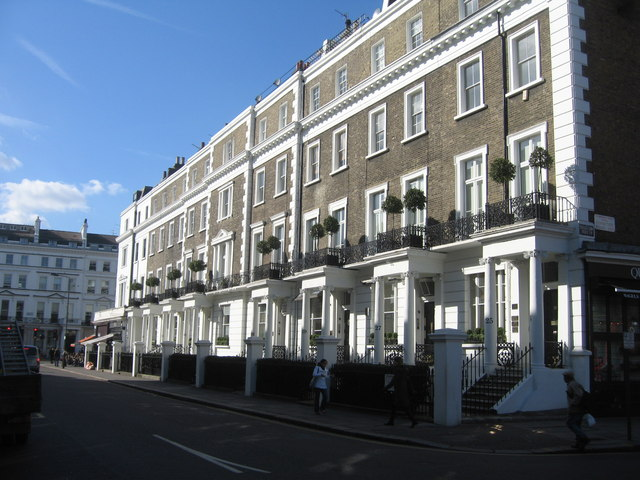 Almost all ATED receipts come from the capital

Of the £116 million in ATED charges taken by HMRC in the 2014–15 tax year, 89% came from London. 85% of the total came from just four of the capital’s most expensive boroughs: Westminster, Kensington and Chelsea, Camden and Barnet.

HMRC have also reported that the largest proportion of receipts – 30%, or approximately £35 million – were taken from properties in the lowest value band (£2–5 million): HMRC: Annual Tax on Enveloped Dwellings (ATED) Statistics 2014–15.

Thousands more company-owned homes will be subject to a charge

The Society for Trust and Estate Practitioners (STEP) expects ATED receipts from 2015–16 alone to exceed those of the previous year by £56 million.

All other things being equal, this would mean that 8,000 more enveloped properties would have become subject to the tax in April 2015. Lowering it further for the 2016–17 tax year will bring thousands more into scope; late last year, the average price of a house in London passed £500,000.

ATED affects landlords and other property professionals who run their property businesses through limited companies; however, relief is available for developers, landlords and property traders (though certain conditions must be met and an ATED return must still be completed).

Movements in London property can affect the rest of the UK

A long-held notion in UK property is that of the ‘ripple effect’: the idea that price movements in London and the South East slowly radiate outwards to the rest of the UK.

This displacement results in more purchasing power spreading outwards, pushing up prices; and just as upwards movements in central London can see surrounding areas respond in kind, so too could a fall.

But the luxury market in the capital is very much its own beast, and as all but the very wealthiest buyers continue to be priced out of this market, other regional markets might benefit from increased interest. Markets of this type are less divorced from what one might consider economic reality, and more affected by factors such as interest rates and income levels, as purchasing power is more dependent upon borrowing ability than cash wealth.

But experts believe that the market could recover

Though property consultancy Knight Frank reports that the number of ‘super-prime’ (£10 million plus) sales in London fell by one third last year, it believes that this is a sign that “the market needed to correct”, and that an adjustment in asking prices has helped it to start regaining momentum.

In its Super-Prime London Insight report, Knight Frank explains that the market has absorbed the higher transaction costs and that buyers have realised that it is flat rather than falling.

So even if a crashing central market could have a deleterious knock-on effect on the rest of the capital, and perhaps in turn the country, this possibility might not be as likely as some think.

By Ben Gosling at commercialtrust.co.uk

3.9% Added to Average House Price in May says the Halifax