Hollywood has previously fascinated itself with fictional accounts of jaded rock stars throwing caution to the wind and leaving behind the trappings of fame to set to the American highway on a clichÃ© journey of self discovery.

But throw in a European director, a middle aged and smeared Goth alongside a search for a Nazi war criminal and film maker Paolo Sorrentino may well offer to give us an altogether different soul searcher.

Former rock star Cheyenne (Sean Penn) travels to New York for a reconciliation with an estranged father who passes away before the two are reunited. As the son discovers the extent of his father's humiliation at the hands of a Nazi tormentor amidst the horror of Auschwitz, the former musician sets out across the country to track down and confront the aged war criminal now residing in the USA.

Sean Penn immerses himself in character mode to portray an out of touch and aging Gothic rocker with an appearance that is not only reminiscent of The Cure's frontman Robert Smith after a night out on the tiles but at first glance also resembles a cross dressing Joan Collins wannabe.

The footage contained within the cleverly paced trailer indicates that Penn's slightly slurred mouse like drawl will also ensure that his aging star is given the appearance of a spaced out and lost man ready for the life changing journey so beloved by Hollywood.

Full marks also to Sorrentino for providing his central protaganist with an Indian inspired name that finds the wonderfully named ‘Cheyenne and the Fellows’ clearly taking direct influence from the classic Goth outfit Siouxsie and the Banshees.

In his first English language feature, the director also looks to give us a European and outsider's view of America, its culture and pure vastness as Penn's journey across the USA and his encounters with a gallery of misfits look set to recall some of the work of veteran film maker Wim Wenders. 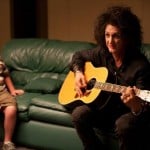 This Must Be The Place-Sean Penn 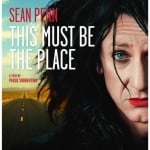 This Must Be The Place-Sean Penn

Byrne has covered similar ground in the quirky small town drama True Stories (1986) and the Heads seminal classic This Must Be The Place (1983) not only provides the title for the film but finds an evergreen Byrne composing additional music for the soundtrack as well as what is rumoured to be a breakaway and standout rendition of the song.

Premier screenings and advance word of mouth have been kind to Sorrentino's odyssey with the film premiering at the 64th Cannes Film Festival before subsequently showing at Sundance and meeting with general acclaim.

All bodes well for the film and in a month where the summer blockbuster (like the weather) has arrived prematurely early, Sorrentino's oddball road movie may well provide a welcome and searching alternative.

This Must Be The Place opens in UK cinemas on 6th April 2012.

A RAwR for the Jobless Generation