When euro area countries announced their plans to expand the European Financial Stability Facility (FSF) back in July, the impact on markets was short-lived. In part, that was because most bond vigilantes thought that the measures did not go far enough – despite enlarging the FSF and giving it new powers, the changes didn’t tackle the underlying problems in the euro area economy. But the lukewarm and limited response from investors was also based on the fact that getting the proposals through national parliaments could prove quite tricky.

To start with, it looked like either the Germans or the Finns could scupper the plan. Finland eventually agreed to provide further funding for an extended FSF, and more support for Greece, with some terms and conditions attached. And given that the main opposition party in Germany is arguably more pro-euro than Chancellor Merkel’s CDU/CSU, the prospect of lawmakers failing to approve the measures was limited once the constitutional court had ruled. Instead, it was left to Slovakia to stick the boot in.

Yesterday’s rejection of the FSF’s expanded powers by the Slovak parliament has caused political turmoil in one of the euro area’s poorest nations. The Prime Minister, Iveta Radicova, had sought to up the ante by making the vote a referendum on the ruling coalition. In the event, the strategy backfired spectacularly as the Freedom and Solidarity party, a junior coalition member, refused to back the motion while the main opposition (the fantastically named ‘Smer’) abstained in order to bring the Government down.

Naturally, there is a hefty dollop of political manoeuvring going on here. Smer actually supports the rescue fund, meaning that the Slovak parliament could still pass the motion to grant new powers to the FSF this week. But the price will be a new coalition Government between Smer and Radicova’s Democratic and Christian Union. After all the economic carnage that has been wrought by the financial crisis, the effects are still spilling over into the political and social arenas.

And the big risk is that Slovakia is just the start. In order to decisively bring the crisis to a head by the November G20 meeting – as both the US and the UK would like – European politicians will have to agree greater cooperation and (moves toward greater) fiscal union. But, under the existing legal structures that underpin the eurozone, there is not a lot of wiggle room. Sooner or later, politicians will have to seek a mandate from their electorates for greater union and reductions in sovereign power – and there is a big chance the response will be ‘no’. 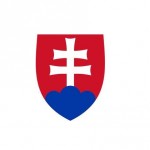 Thus far, the crisis has left millions of people out of work, with the young bearing the brunt. Government policies across Europe have had at best isolated success at creating jobs or boosting growth. That by itself is a recipe for social unrest, as we have already seen. But add into that the increasingly hostile language on migration and mobility of labour, as well as the need to ‘give further powers and money away’ to unelected European technocrats, and there is a real risk that public support for saving the euro could collapse, even within the eurozone. In a worst case scenario, we could be talking about a failure of the whole European project (although I for one think a restructuring of it is far more likely). The Daily Mail would have a field day.

The blame for this lies firmly with European politicians. It is their job to govern and lead, and explain the necessity of their actions and the consequences if they do not achieve an orderly resolution to the debt crisis. They have been found wanting. And the real risk is that, despite all the genuine benefits that the current single market brings – notwithstanding the further gains that a genuinely single market would offer – political failings condemn Europe to an even faster pace of economic decline than we are already seeing.

Canada Budget 2015: Striking a Balance in an Election Year