Is the Cost of Driving Forcing People Off the Road?

With the price tag of learning how to drive and the costs related to acquiring a driver’s licence, it’s not surprising that some people decide to forgo the idea of driving a car. This is especially true with the young population. The amount of time spent on driving tutorials, studying for driving tests, car insurance and purchase are all playing specific roles on the overall costs. As a result, young people tend to perceive that opting for public transport may be a cost-efficient alternative.

In the U.K., statistics from the Department for Transport’s National Travel Survey revealed a steep decline in the number of young people that own a driver’s licence. The survey compared figures from 1995, an 18-year gap in the timeline. It shows that 31% of people within the 17-20 age bracket are licensed drivers versus 43% of the same age category 18 years ago. As for gender specifics, the large drop is significantly more obvious amongst young men, falling from 51% in 1995 compared to 30% in the latest period.

RAC Foundation Director Stephen Glaister concedes that cost places a great impact on the decreasing number of young drivers. “Younger people were hit disproportionately hard by the downturn. Even though employment is now rising, incomes are stagnant, and many are only in part-time work, and find running a car too expensive,” said Glaister. 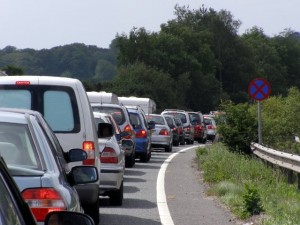 Other economic factors such as housing problems and student debt are causing the younger generation to skip on driving a vehicle. The spike in vehicle prices is also another reason. For instance, a Ford Fiesta vehicle is now valued at £5,510, which is an estimated 70% increase from the £3,250 price in 1995, according to Glass’s. Rising fuel costs are a perennial factor for the dwindling driver figures. Petrol prices have gone up in the U.K. since last year. Basil Shrourou of fuelpriceonline.com cites the ongoing increase to the depreciating value of the pound currency. Oil prices in the international market also play a role why many people are hesitant in owning a car.

However, there are some ways to reduce the financial impact of driving a car. In terms of car insurance, compare prices from different insurance companies. While it’s true that most insurers would normally cover older drivers, there are some firms that offer competitive rates. All you need to do is find the most reasonable price that fits your budget. Another cost-saver that you can consider is the size of a car. Buying a smaller car would cost less to insure it compared to a bigger and more powerful one. Lee Griffin, car insurance expert at GoCompare.com, suggests that new drivers should purchase cars with smaller engines. In this way, the chances are higher in getting a car insurance agreement.

And of course, simply adopting safe habits while driving can save you money. “Driving with care is the name of the game. Points on a licence can easily add 10% to your insurance costs, so avoid speeding and other convictions,” said Kevin Pratt, MoneySupermarket.com’s car insurance expert.