At the moment I, like many other inhabitants of the City, am gearing up for the Olympic Games. In order to ease us into the weeks ahead, Transport for London seems to have staged various breakdowns and signal failures, just to get us in the mood. But the most depressing thing about my elongated trip into work this morning wasn’t the extra time and packed tube. It was a comment I overhead from a fellow City worker.

Discussing the ongoing Libor scandal, the orator clearly expressed a view that I suspect is shared by all too many people: ‘unless you regulate very tightly, people are always going to find a way to bend the rules to their advantage’.

Given the wave of scandals that are continuing to unfurl around the banking system – and HSBC’s laundering of drug money personally strikes me as more serious than Libor – this view is not especially surprising. But it is very depressing.

Perhaps naively, I still want to believe that people can be good. I want to believe that, if banks were run and populated by decent, ethical, honest people, the need for regulation would be greatly reduced. Honest people can still make mistakes, of course, and unexpected events could still potentially result in taxpayer-led bailouts or bank collapse (hence the need for some regulation). But the honest, ethical person I have in mind would never bend the rules for a personal or corporate advantage. It is almost an article of faith for me that a genuinely ethical person will behave honestly and fairly – they will play by the rules even if those rules aren’t written down anywhere (or actively enforced).

Of course, none of us fit this description all the time. Everyone sometimes falls short of exemplary behaviour, whether it is admonishing a child a little too harshly or lying to a loved one to spare pain or embarrassment. But in a professional setting, I find it very depressing that we cannot find honest, ethical people to run institutions that are as important as banks. Stephen Green, the former chief executive and then chairman of HSBC, was reportedly told in 2005 that there was ‘little doubt’ a transaction breached US government sanctions, raising the prospect of a ‘financial penalty’. Green is an ordained vicar in the Church of England, former chairman of the British Bankers’ Association (BBA, who run Libor) and wrote a book on money and morality in 2009. If someone of his standing cannot respond in an ethical way to these concerns when they were raised, what chance would the rest of us have? 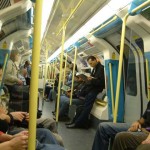 We are sometimes still told that Gordon Gecko was right – greed, at least when dressed up as aspiration, is good. But unethical behaviours and practices are not costless. Indeed, there is an argument to be made that the financial crisis and double-dip recession are linked to the pre-crisis prevalence for unethical risk-taking, encouraged by an obsession with personal remuneration. The market economy, after all, does not come with any intrinsic values or morals attached – all it does is reflect our own revealed values and preferences back to ourselves. Perhaps that is one of the real lessons from the crisis – just how fallen we have become, in terms of the standards to which we hold ourselves to account. And no amount of regulation, tax changes or quantitative easing will address that underlying cause.

Earnings Season: An early look at the US…