Seven years ago, relatively few people outside of financial services had probably heard of Lehman Brothers, certainly in the UK. Most had heard of Northern Rock. But nobody – no, not even the ‘prophets of doom’ who warned about house prices – correctly predicted the timing and nature of the financial crisis that ensued.

Banks saw their market funding dry up and were forced to rely on government support. Others saw sharp falls in capital, needing taxpayer-funded bailouts. Several advanced economies saw long and painful recessions, often the worst since the Great Depression. And some governments were ultimately unable to fund themselves, relying on the IMF or fellow EU members to prop up the economy.

Greece is still the poster child of the crisis. Having binged on cheap credit prior to the financial crisis, enjoying Germanic interest rates without the Germanic budget discipline, the country has paid a high price subsequently. The economy now is at least a quarter smaller than it was in 2007; some estimates suggest that living standards have fallen by more than a third. Millions are unemployed, often for very long periods of time, and there is absolutely no prospect of a swift bounceback to the way things were.

And yet, Greece has made progress. Following two official bailouts and private sector bail ins, and savage cuts to public spending, Greece is showing signs of rising to stand on its own two feet. Greece’s deficit is now well below that of the UK or France. Although the government will still spend more than it takes in revenue this year, the primary deficit – stripping out interest payments – has been eradicated. What’s more, estimates of the structural deficit – borrowing that doesn’t reflect current economic weakness – also suggest that Greece's borrowing is cyclical, or temporary. 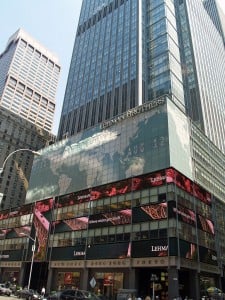 Emboldened by this progress, the government is even dipping its toes into financial markets again. After being shut out for more than four years, this week Greece has sold a five-year bond. And the interest rate it will pay, while significantly higher than for other euro area countries, is definitely sustainable. Investors have been convinced that Greece’s painful medicine has paid off.

So with even Greece starting to fund itself again, can we finally say that the crisis is over? Perhaps. The outlook for European economies, while not rosy, is certainly less downbeat than it has been for many years. And we must acknowledge the significant progress that has been made.

But there are two big caveats. First, even though the outlook is one of a gradual strengthening in growth, consistent with a return to something like ‘normal’, the recovery is still incredibly fragile. Europe’s banking sector remains fractured and unhealthy, and needs cleaning up. In the UK, rising house prices and still-high debt pose risks. And emerging markets have slowed significantly.

Second, even if we now see a period of sustained positive (but not runaway) growth, and unemployment ebbs, we will all be paying the cost of this crisis for the rest of our lives. We will probably never recoup the productivity and income growth lost during the past seven years. So even if the crisis is over, its effects are still very much with us.