Is the LIBOR scandal a cover for drug money laundering?

The big announcement this week was that banks have operated to manipulate LIBOR in partnership with the Bank of England. To anybody who understands finance and banking, this must sound like a childish joke. Why? Because the purpose of a central bank is to manipulate interest rates, to manipulate and control LIBOR, that is their purpose! In addition, the purpose of paper money, rather than sound gold backed money, is so that banks can print money from thin air which, you guessed it, manipulates LIBOR, which will drop whenever money is printed.

Why the scandal? Well, it is becoming clear that this century old scam is coming to its endgame, having been played since World War II when Britain left the gold standard. During that time the British Pound has lost over 90% of its purchasing power. Up until now technology has kept pace, causing increased standards of living, despite us constantly being ripped off by incessant inflation. However, all good things come to an end and now comes the blame game.

However, given that paper money and central banking exist solely to manipulate LIBOR, what is the real story or, what is the story behind the story?

In reality, this banking system, having destroyed Europe and America's manufacturing base, is operating on vapour. The hidden story is that much of the banking system is keeping afloat via funding from money laundering from hard core mafia activities including, but not only, major drug dealing on a scale, which could not occur without government involvement.

Exhibit one is Wachovia Bank, owned by Wells Fargo, whom Bloomberg has reported laundering $378.4bn in drug money from Mexican Cartels. This folks is one third of the entire Mexican GDP! But it gets worse; planes used to ship the drugs were paid for from Wachovia accounts. Those who have had their bank repeatedly call them about suspicious transfers are well aware that mechanisms are in place to highlight transactions like these. I was called only this week because I hadn't used my credit card for a while, and they put a bar on my card for fear that it was being used fraudulently. I actually think they do this to give the public comfort that money laundering and fraud are monitored meanwhile, institutional investors have their fingers in so many pies.

I noted that governments must be in collusion. Could it be that they also are dependent on the drug trade to fund themselves after their part in gutting our economies of manufacturing? Above, is a video from Fox News of US Troops guarding poppy fields in Afghanistan. It should therefore be of no surprise that Afghanistan now produces 92% of illicit opium, up from almost zero prior to invasion because the Taliban had banned and was destroying all opium production. You would have to be an idiot to think that Britain and America were not the ones shipping the drugs. We also have the evidence from Wachovia that corporate banks are in cahoots with the trade.

Completing the circle, we also find out recently that the US government is not only involved in protecting Afghan opium fields, but they are also arming Mexican drug cartels. It recently came to light that a program called "Fast and Furious" involved shipping thousands of weapons to Mexican drug cartels under the guise of a sting operation. Only, they never stung. This is now turning into a Watergate style crisis, with massive drama, with the Attorney General up for contempt and Obama citing executive privilege to block the release of sensitive documents on the case.

Not only is the domestic US Government involved, this Wikipedia page outlines numerous admitted examples of CIA involvement in drug operations. Indeed, many suggest that these illicit trades are the primary funding stream for black budget items of the security agencies. The very same Wiki page cites allegations that Bill Clinton and the Bush's had connections to such operations.

But this would not be the first time that a political dynasty developed from the black market. In fact, the father of President Kennedy got a lot of his money from running alcohol during prohibition.

So, given that banks and government collude, systematically in illicit trades and market rigging, it should be no surprise that their proposed solution to the crisis they caused is the printing of trillions of dollars to be paid to themselves. What is worrying is that this will only make matters worse in the economy. Going back to plain old economics, the printing of money, as stated at the beginning, has the effect of lowering interest rates because it gives the economy the false illusion of there being savings and liquidity. However, the generation of that money was not associated with any industrial activity, but the economy responds as if a whole bunch of factories were just built. Lowering interest rates reduces the time preference of money. It encourages speculation and dis-incentivises long term investment in infrastructure. As we know, the economy is in a speculative bubble and we need more investment in production, so this will only prolong the crisis and make things worse.

The only hope we have is of huge leaps forward in technology to compensate for this major loss of economic capacity. Government will claim that their spending of money on infrastructure will solve the problem but this Keynesian or even Marxist approach is also counter-productive, since it has the same effect and is also at the expense of private sector infrastructure investment. In the end, the whole process will provide yet more pressure on banks to engage with further speculation in the black market, so this will cause yet more drugs running.

Now, the thing is, government has been at this for quite some time. The BBC reports for example that the British rule of India was primarily funded by Opium, and those who know their history, know that the British used opium to break China during the opium wars. I also enjoyed recently listing to Alan Watt state that the British Opium Company was still operating during the 1920's and that the owners were all members of the Royal Family.

So, I therefore doubt any of this will change. But one thing is for sure, notwithstanding the destruction of our economy and way of life, it certainly becomes immoral for government to be pushing drugs and then putting young people in prison for using said drugs. Even more disastrous is that this is the cause of most of the burglaries we suffer. Well, the solution to that and shifting the economy towards production is quite simple. If drugs were not illegal there would be no profit in selling them above and beyond that of any other product, certainly not enough to finance the invasion of countries like Afghanistan. The NHS in fact experimented with providing heroin for about three years during the 1960's. Addicts went to their GP, were diagnosed with addiction and then got free heroin on the NHS at a slowly reducing dose. These victims were then able to go to work and be weaned off their addictions. You guessed it, addiction rates went up precipitously when that wonderful experiment ended, along with crime rates and general corruption.

So just remember, when you see stories about minor white collar corruption, there is a whole world out there. Don't believe the hype, think of the worst thing they could probably do, and that is probably what they are doing. 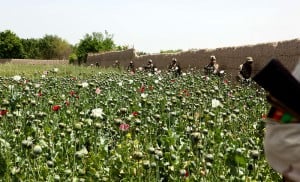