Is the public perception of politicians damaging democracy?

It’s no surprise that politicians don’t have the best of reputations amongst the public. According to one study, they’re the least trusted profession in the entire country [1]. Many MPs and ministers would probably like to be seen as me and women of the people. Unfortunately, that’s far from the case. Ipsos MORI asked the public whether they trusted certain professions to tell the truth. 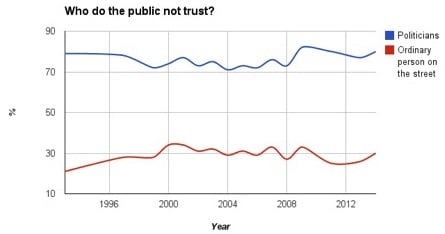 So if people are more likely to trust someone in the pub rather than the people running the country, is this a bad sign for democracy? In some ways it is as surely for a system to be democratic, we need to know that our elected representatives are working for us. If we don’t trust them to do so, what is the system based on? We’ve simply elected people on the premise that we won’t believe half of what they say. 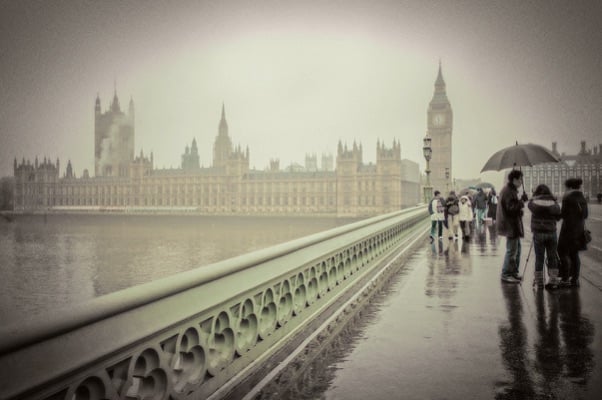 That’s certainly not a positive and there’s certainly a lot to be critical of when it comes to British democracy. And enduring mistrust of politicians is surely a major one. This is especially true if it affects turnout, but this seems unlikely. The number of people that don’t trust politicians has remained fairly steady with the only major change after the 2008 recession. Voter turnout, on the other hand, has changed a lot over the last few elections.

So it seems that people just generally don’t trust politicians as a group. While not something to proud of, it doesn’t necessarily mean people stop exercising their democratic rights. Of course democracy isn’t simply about voting. A country with one party may have a turnout of 90%, but that doesn’t make it a democracy.
Plurality is on the rise in this country as support for the Greens and UKIP is rising, with the latter using a strong anti-establishment message to garner votes. It could be argued that the consistent distrust in politicians has finally spurred people on to find alternatives, with the Lib Dems reneging on electoral promises possibly pushing people to seek out solutions in more extreme political parties. 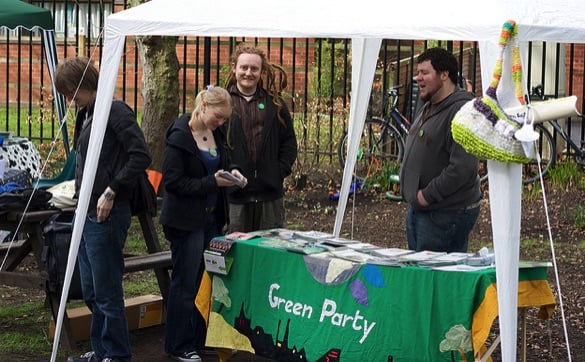 Voting and available parties aren’t the be all and end all either. A democracy isn’t just about one day of polling, it’s about the activism that surrounds it. The British Social Attitudes 30 report gives us some details of this from between 1983 and 2011.

Essentially most activities have increased, or only decreased a small amount. For example, the amount of people signing petitions has gone up by 8%, while the number of those contacting their MP is up by 6%. Contacting the media, attending demonstrations and speaking to influential people all increased as well.
So with both political activity and distrust of politicians staying fairly steady. It’s hard to make any strong conclusions. What is worth noting is that between the surveys taken in 2002 and 2011 something interesting happens. It was in this period we saw the biggest rise in political distrust because of the recession. During this time activism dropped in all forms except for contacting a government department.

In the end though, the falls were not significant with most being just a decrease of 1%. Rather than blaming it on distrusting politicians, it’s more likely the recession meant people had other worries on their mind – such as feeding their kids or finding work – than getting active politically.

All in all, because the public’s perception of politicians is generally bad across time, it’s not possible to say that its damaging democracy as it seems votes and activism are unaffected. In the end, the public would be better off having politicians they could trust, but for the time being, democracy is likely safe even if it could be improved.

The Bank of Japan could disappoint markets in October, but micro developments are key