Is the UK Equipped for Better Health Care?

As it was announced that the NHS annual bill was £822 million in the red, and with the headlines littering the shelves with news that Mental Health Care is undergoing cuts, it seems that the UK health care system has found itself in a very dark place.

Only last month Victorino Chua was sentenced to 35 years in jail after murdering two patients over an 11 month period of corrupting patient’s medicine. And it seems that the news is not getting any better.

As an NHS taxpayer it can make you wonder where on earth these millions are being spent when it seems the quality of ‘care’ is not present in our current system.

With the finger being pointed so eagerly at those in charge of the facilities that are amongst the drama, the real question lies to whether, as a nation, we’re actually equipped for the heavy strain that the NHS faces on a regular basis.

It’s been estimated that the UK falls short of 24,000 nurses which is just one of the shortfalls seeing the healthcare industry rapidly decline with hiring becoming a less rigorous process in the desperate need for skilled staff. But as the privatisation continues, with many wards such as the Ashford Hospital rehabilitation being reviewed by private companies, so do the cuts to NHS staff who are on a lower income. 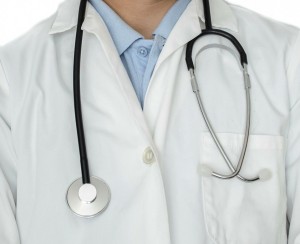 A whistle blower for one of the largest mental health organisations recently came out to uncover the truth behind the falling standards that are arising across the country. To many unfortunately it came a little too late as news of Blythe Furness, a man who suffered from Bipolar, was found dead at his grandparents’ home after he was allowed to return home. An investigation is now underway as to why this occurred, and questions are being asked as to whether this is yet another example of the lack of resources in the NHS Mental Health system.

Combined with staffing cuts and increased work load pressures, health care staff are seeing their patients suffer under the limited resources that they’re being provided to give the essential care that is required.

The waits for treatment and general care are getting to a stage where patients are being put at severe risk of prolonged illness and even death.

With an education system that can often rival our European neighbours, eager migrants wanting to work within the sector and heavy investments entering the NHS through privatisation, it seems that there’s no excuse for the health care system to be in such disarray.

“Healthcare professionals from all backgrounds should be considered for the roles that are available in the health sector, however the training for such transitions between departments is not so readily available.”

It seems despite the resources that the NHS have available, the government is looking more to their pockets than the benefits of the industry. It has been reported by The Financial Times, that £7 billion was spent on private services alone by the NHS between 2013 and 2014, a considerable amount of their budget.

The UK has long been a leader in the best health care available in the world, but it seems that it’s not moving forward in providing sufficient training for staff, funding for better staff, or embracing the use of technology for the improvement of services.

As a nation we may be equipped to provide quality care, but it seems the government is yet to discover how do this.