Is This Digital “Gold Bullion” Investment Worth the Risk?

There has been a lot of coverage over the phenomenon that is Bitcoin.

I’m sure many of you are asking yourselves, is this online currency for real? What does it really say about our financial system?

But for those who are unaware, Bitcoin is essentially an online currency that is completely decentralized. Simply put, it is the exact opposite of the U.S. dollar, which is managed by the Federal Reserve.

While the value of one Bitcoin started off being only a few U.S. dollars, over the past couple of months, investor sentiment has become euphoric and the price of a Bitcoin has gone hyperbolic, from approximately US$13.00 in January for one Bitcoin to US$100.00 in July, recently hitting a high of US$900.00 for one Bitcoin in the past few weeks.

Why is investor sentiment so bullish on this online currency?

Many find the appeal of a decentralized currency attractive in this day and age. With central banks pumping money around the world, owning a piece of something that can’t be controlled by a central bank is very attractive to many people.

However, the spectacular rise of interest in investor sentiment for the digital gold bullion is extremely speculative.

But the idea and reasons behind the euphoria in investor sentiment for Bitcoins are valid. More nations are running deficits, racking up long-term debts, and central banks are printing money to inflate their way out of obligations. Clearly, investor sentiment in something as speculative as a Bitcoin is telling us that millions of people around the world are growing increasingly distrustful of central banks. 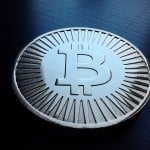 Even Washington is beginning to listen, as the Department of Justice reported during a U.S. Senate committee hearing on the validity of Bitcoins and that they can be legally considered a means of exchange.

The question then is this: should you consider investing in Bitcoins?

Considering that investor sentiment is so volatile, and this digital currency is so new, I would definitely look to alternative investments that have similar characteristics.

That is to say, I would certainly prefer an investment in physical gold bullion that has been proven for centuries to be a store of wealth, rather than a four-year-old digital currency that can move hundreds of dollars per day.

But because the price of one of the longest-standing stores of wealth, gold bullion, has remained weak, I view this as a long-term buying opportunity. Investor sentiment tends to run in cycles, from bearish to bullish and back to bearish again.

This is not to say Bitcoins won’t last; they certainly might. But because it’s so volatile at this point, it’s far too risky to invest in this decentralized currency as a store of wealth.

I could see Bitcoin being worth $50.00 or $1,500—it can go either way, like the flip of a coin. In comparison, I certainly don’t see gold bullion falling to $50.00 per ounce—prices may be headed downward, but they won’t go that low!

This article Is This Digital “Gold Bullion” Investment Worth the Risk? by Sasha Cekerevac, BA was originally published at Investment Contrarians