Is this why Alex Salmond wants to keep the Queen?

It has been confirmed by the government that you can still be sent to prison for holding republican views in the United Kingdom.

That is because of the Treason Felony Act 1848 making it an offence to think or do anything that would deprive the monarch of one of her dominions or countries.

So presumably anyone imagining or working toward a Scotland independent from the monarch could actually fall foul of this law which, although in contravention of later EU freedom of speech legislation, could still technically be used. Maybe the SNP leader was just looking after his freedom by saying he wants to keep the Queen as head of state of an independent Scotland. It also protects the PM, David Cameron, who is allowing the referendum to go ahead from incarceration in the Tower.

The fact that this law was still extant was revealed after it was mistakenly included in a list of laws to be repealed.

One also wonders if the wording of the law (below) prevents talking or ‘imagining’ giving away the Falkland Islands or Gibraltar. Although it must be remembered that we have successfully ‘imagined’ and ‘deprived’ the monarch of a lot of real estate around the globe. For example, just look at the list of countries that ceased being ‘dominions’ over the years:

Someone had to imagine and deprive etc for this to have come about.

So you would have to ask how effective this law really is and if it really has a place in our modern (unwritten) constitution. So the next question is why is it being held on to?

The full text of the relevant section of the Treason Felony Act 1848, which can be found here, is:

3. Offences declared felonies by this Act to be punishable by transportation or imprisonment. 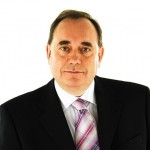 If any person whatsoever shall, within the United Kingdom or without, compass, imagine, invent, devise, or intend to deprive or depose our Most Gracious Lady the Queen, from the style, honour, or royal name of the imperial crown of the United Kingdom, or of any other of her Majesty’s dominions and countries, or to levy war against her Majesty, within any part of the United Kingdom, in order by force or constraint to compel her to change her measures or counsels, or in order to put any force or constraint upon or in order to intimidate or overawe both Houses or either House of Parliament, or to move or stir any foreigner or stranger with force to invade the United Kingdom or any other of her Majesty’s dominions or countries under the obeisance of her Majesty, and such compassings, imaginations, inventions, devices, or intentions, or any of them, shall express, utter, or declare, by publishing any printing or writing or by any overt act or deed, every person so offending shall be guilty of felony, and being convicted thereof shall be liable to be transported beyond the seas for the term or his or her natural life. (Reference to transportation for life to be construed as reference to imprisonment for life or any shorter term – Penal Servitude Act 1857.)

‘Repayable on Demand’, does it mean what it says any more?