Israeli Defence has reportedly unofficially requested that President Obama publicly promise a strike against Iran or they will attack Iran themselves before the US elections in November.

According to NRG Website (nrg.co.il/online/1/ART2/395/033.html), Obama will be expected to make a public declaration that America will attack Iran over its alleged nuclear missile program for which there has been no substantial evidence presented to the international community.

Pressure for the commitment of force against Iran is said to have come from both the Israeli Defence Minister, Ehud Barak and the Israeli Prime Minister, Benjamin Netanyahu. However the office of both Netanyahu and Barak have remained silent on the matter but reports from within Jerusalem are confident over the claims.

If a declaration that America will commit to a military strike against the Islamic Republic of Iran is to be made then it is expected to be made this Autumn at the United Nations General Assembly meeting.

The finer details between Israel and the United States are said to be in the hands of the American ambassador to the United Nations and close confidant of Obama, Susan Rice.

Many pundits are comparing a future military strike against Iran on the basis of a supposed nuclear threat to the free world to the Iraq war where no weapons of mass destruction were ever found. 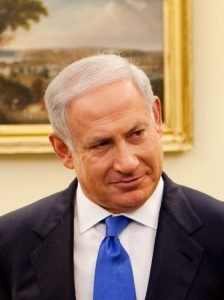 Internet surveillance is on the agenda again