It would appear the immediate euphoria for the Euro, after the Fed’s easing message on Wednesday, is starting to wane already but it’s all still in the balance for sure.

EURUSD yesterday capped at 1.3184 after another rally following strong Italian auction results but the 1.3200 big barrier I talked about was definitely a step too far at this point and with some real money sellers returning to the market we’ve seen a reversal of sorts to 1.3078 before finding further support.

Interestingly though other key Euro pairs have fallen too and this suggests the upward momentum has gone, for the moment at least.. EURAUD has dipped to 1.2290 while EURJPY has fallen significantly to 100.82 having breached 102.10 yesterday.. Perhaps traders feel that not only was the Euro move over-cooked but that it would be churlish for the BOJ to step in to weaken the Yen whilst the mood was USD negative.. Either way we’ve continued to see a fall in USDJPY to 76.90.

Adding to the Euro reality check was a comment by EU’s Juncker that the ECB would not take a hit on its Greek debt exposure, but in European trading so far we’ve seen good two-way business with the Euro consolidating at these lower levels. 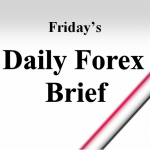 Little in the way of data today but this afternoon brings us the initial Q4 GDP figures from the States and ECB President Draghi is up just before that. Another scrappy Friday ahead for sure.

A mixed bag on the sporting front as I sign off with Andy Murray losing the first set but England taking a couple of early wickets having added 120 this morning.. Definitely in a strong position but as ever with any England set-up it’s far too early to get too carried away..No Shrimper action ‘til Tuesday so I shall just have to make do with some neutral FA Cup watching to alleviate some intense decorating boredom!

Spain and Catalonia's constitutional crisis is an "alarm call" for investors