There is a meeting between top EU officials today ahead of a eurozone finance ministers’ meeting regarding the ongoing EU debt problems and the fears that Italy will be next on the list.

They will also of course be discussing the ongoing Greek debt issue and, according to the Financial Times, will be shifting their stance towards accepting that Greece must default on some debt as part of a new bail-out plan.

This new plan would involve reducing interest rates that Greece pays bail-out debt back at as well as a broad based bond swap or buy-back programme.

But of course this would mean a reduction in what Greece pays back, or put another way a reduction in debt-holders’ returns, a ‘haircut’. And the rating agencies have already warned that this would be regarded as a default.

There were substantial drops in Italian stock prices on Friday, with share prices falling and bond yields rising. Italy’s largest bank, Unicredit Spa, saw its shares fall nearly 8%. The borrowing costs for the Italian state are now at record levels.

The Telegraph reports that the meeting, although not attended by heads of state, will include Jean-Claude Juncker, chairman of the region's finance ministers, Jose Manuel Barroso, the European Commission President, and Olli Rehn, the economic and monetary affairs commissioner. 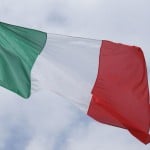 If debt contagion, so far treated as a liquidity problem, gets as far as Italy there will be insufficient bail-out funds available to prop Italy (and the wider EU economy) up.

The Enduring Implications of the Battle of Orgreave