After a relatively quiet period, market jitters about the fate of the euro area returned this week. The trigger was the announcement from Italy that technocratic Prime Minister Mario Monti – installed after Berlusconi resigned last November – would resign after Berlusconi’s PDL party withdrew its support from Monti’s government.

Coming just before Greece managed to buy back â‚¬32bn of its debt on financial markets – something it has pulled off at only a little above the price that it hoped for – the timing of Berlusconi’s move was unwelcome. Spain was also unsettled by the news, with the finance minister openly fretting about the potential knock-on impact on his country.

The market reaction at the start of this week was marked – the Italian stock market fell on Monday and government borrowing costs jumped. This was not so much a reaction to the colourful Berlusconi – it appears that even Italians are tiring of his antics now, and he seems to have little chance of returning to power – but a collective concern about the political will to push through difficult economic measures without someone like Monti holding everything together.

Personally, I suspect there is a degree of overreaction here. I have never been completely sold on Monti as a technocratic leader – his record at the Commission was patchy at best, and even as Italian PM he let many of his reforms get watered down considerably as they passed through parliament. Fundamentally, he has not yet provided the impetus or leadership that is still needed to get Italy’s debt under control once and for all, and its economy growing again.

Instead, Monti is probably best regarded as a ‘safe pair of hands’. In a country that often has a distinct lack of genuine political leadership, between the fractious left and the daft but ultimately ineffective Berlusconi, that counted for much more than it would have elsewhere. Markets are now worried that, if Italian politics returns to normal, even a safe pair of hands may be too much to hope for.

This poses real risks for the single currency project, and indeed the global economy. With Greece within touching distance of a balanced primary budget next year – albeit for someone with long arms – and bond markets having calmed in the wake of the ECB’s willingness to act as a backstop, even US and UK pundits were acknowledging that maybe the euro might survive after all.

Serious turmoil in Italy would throw that back into question. The Italian debt stock, at more than 125% of GDP, is simply too big for Europe to cope with if Italy went to the wall. Investors, banks and pension funds across Europe would take substantial losses if Italy had to reprofile or restructure its debt. The knock-on impact, in terms of financial markets and economic activity, would be severe.

As such, all eyes are now on Italy to see whether it can elect a new government that will provide the clarity and leadership that are required. If it can, then recent events will probably be dismissed as a bit of local drama. If it cannot, then the tragedy of single currency collapse will once again be weighing on everyone’s minds during 2013. 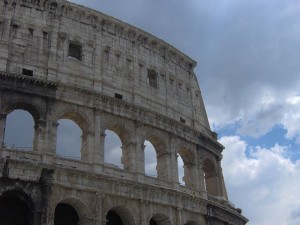