It's Only Fair To Pay A Living Wage, Says KPMG

Addressing an audience of business leaders and politicians as part of KPMG's support of Fair Pay Fortnight, David Gardner, Director of Public Policy at KPMG, highlighted the importance of organisations acting responsibly and paying employees and contracted staff a Living Wage.

Speaking in KPMG's Newcastle office to delegates at the North East Living Wage event chaired by Guy Opperman, MP for Hexham, he said: "Fair pay isn't just fair play. Offering staff and suppliers a living wage can improve engagement and help people earn enough to afford the basics. From a business perspective, evidence suggests it's also good for productivity. At KPMG, for example, we have seen that becoming a Living Wage employer has helped improve retention and reduced recruitment, training and sickness costs amongst staff and contractors employed by our suppliers." 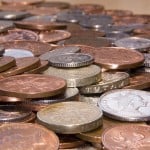 Discussing the impact of low pay, Gardner noted that 5.2 million people – approximately 20 percent of the UK's working population – are now paid less than the Living Wage. According to a study from KPMG, half of those earning below this level expect their finances to worsen over the next 6 months.

He added: "The principle of fair pay cannot be ignored. Yet figures suggest that there are still too many people across the UK earning too little making Fair Pay Fortnight the perfect opportunity for employers to consider whether they can join the growing list of businesses paying a Living Wage. It may not be possible or practical for everyone, but all organisations need to do what they can to address the problem of low pay. Of course, change cannot happen instantly, but making an initial assessment is an important first step."