* Move Your Money campaign promises no holds barred tactics – will the big banks win the looming current account switching battle with their bribes, or has the banking crisis and unethical behaviour changed consumer priorities?

* 2.4 million customers left the UK’s five biggest banks in 2012, with the trend continuing this year showing a 2.5% drop in customers for 10 main banking brands – signalling a clear switch to smaller brands.

* Latest research shows up to 14 million people more likely to switch as a result of 7-day switching.

‘It’s payback time, and the gloves are off’, says consumer campaigning website moveyourmoney.org.uk, as 7-day current account switching is set to make breaking up with your bank easier this September. Until now Brits have been more likely to end a relationship, than switch banks.

“Almost five years since the beginning of the economic crisis, it’s good to see the Government and financial industry finally empowering customers to make some real change, but this must only be the beginning,” says Laura Willoughby MBE from campaigning website moveyourmoney.org.uk. “Now is the time to join the growing movement of switchers – together we can change banking; the banks certainly won’t do it themselves. Prepare for a September where you will see big banks do everything in their power to bribe and keep customers from moving to more ethical alternatives.

“With 7-day switching becoming a reality, no longer do we need to put up with bad banks, outrageous bank charges, poor customer service and cash-points that crash when we try and access our own cash. Neither should we remain with the banks we’ve had to bail out with our taxes for the crisis they created, or stick with those that rigged interest rates through Libor, or mis-sold us PPI. They do not deserve our loyalty, never mind their massive bonuses.” 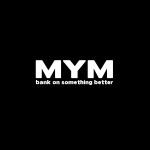 Alistair McClean from Newcastle who runs his own business, switched his personal and business accounts from Barclays to Handelsbanken last year, said: “The UK banks had no idea who I was or what my business required, I was just a numbered income stream to them. Ridiculous bonuses and the Libor fixing scandal simply pushed me over the edge. These bankers are so arrogant that they think themselves above the law. Switching banks was so straightforward that I actually enjoyed telling Barclays why I ditched them. I wanted a bank that would treat me as a human being, and would use my money for socially and ethically responsible projects.”

With the Government – via the Payments Council – putting millions into a TV campaign, press, radio outdoor, social media, direct marketing, PR and corporate communications activity, never mind the budget the big banks have to entice customers, September is set to become a banking battlefield where the big players once again look set to dominate, unless we can level the playing field.

Here’s how you can get involved – expect surprises and news as this campaign builds into September:

1. Tell us your switch: We need your stories for the website – where you have switched from and to, and why. See www.moveyourmoney.org.uk

2. Send us a stories, pictures, videos, animations, infographics explaining your switch and how you feel about the banks whilst cutting up your card. You can:

3. Come and share your story on Tuesday 20th August from 6-8pm at Host Universal, 8 Berwick Street, London, W1F 0PH – email us and tell us you are coming

4. Donate to the crowdfund: The big banks have big bucks so this is truly a David and Goliath battle. If you can help crowdfund the campaign, no matter how much, it all helps – see Move Your Money on buzzbnk.org.uk

5. Have some time to get dirty on the campaign taking on the might of the big banks? We’re holding a Volunteers Open Evening on Monday September 2nd – 6-9pm at 8 Berwick Street, London, W1F 0PH. We want to see you!