It's Porsches For Courses For Car Owners Made In Chelsea

With its prestigious properties and upmarket department stores The Royal Borough of Kensington and Chelsea is renowned for its wealth. Now data from Aviva shows that the cars on the King’s Road fit the reputation, with sports cars and luxury motors a regular sight.

Aviva analysed car ownership data across ten key areas of the UK, including; Chelsea and Kensington, Manchester, Birmingham and Cardiff*. Among these places the wealthy borough has the highest proportion of Porsches (1.31%), Mercedes (7.41%), BMWs (6.88%) and Audis (5.89%). Porsches are nearly four times as popular and Mercedes three times as popular as many parts of the UK.

* Newcastle has the highest proportion of people carriers (6.2%) 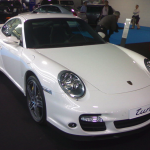 Heather Smith director of car insurance at Aviva said: “Chelsea and Kensington has a reputation for being a place where the rich and famous reside and their cars certainly match that image. With proportionally three times as many Porsches and four times as many Mercedes as other parts of the UK, it would be hard to miss one driving down the King’s Road.

“The rest of the UK tells a very different story, with small family cars being much more numerous and sports cars being more of a rarity – around 40% of the cars in Manchester, Newcastle and Cardiff are small family cars like a Ford Focus and a Volkswagon Golf, significantly higher than the 27% driving around Chelsea.

“And regionally there are further differences with Edinburgh having over double the proportion of 4x4s than Manchester and Exeter having the most cars over 10 years’ old. But the wealthy reputation made in Chelsea certainly appears true with the cars on show.”

*Aviva motor insurance data from the second half of 2012 analysed Chelsea and Kensington, Leeds, Norwich, Manchester, Edinburgh, Exeter, Birmingham, Newcastle, Glasgow, Cardiff. The data is based on the proportion of Aviva insured vehicles and drivers in each area.