Jack Straw admits mistakes were made on immigration

Following on from David Blunkett warning of the possibility of city riots due to immigration policy, Jack Straw has now admitted that opening the up border of the UK to Eastern European migrants was a ‘spectacular mistake’.

He said that it was a "well-intentioned policy we messed up”.

So that’s two Labour ex-home secretaries that have spoken up on the subject. But all too late as no-one with the power to stop this completely uncertain situation from playing through actually wants to do anything about it.

But of course they will say in the run up to the 2015 general election that they warned us and the Tories did nothing.

UKIP European Election candidate Amjad Bashir has challenged David Blunkett and Jack Straw to oppose the opening of the borders to Romania and Bulgaria next year. 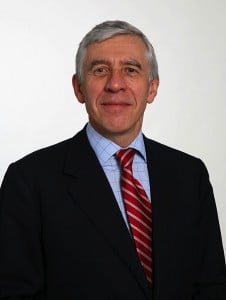 “If these two men are seriously appalled about the damage EU migration has had on communities in areas like Sheffield as I am, I challenge them to publicly oppose the opening of the door to Romania and Bulgaria next year.

“The British public don’t need crocodile tears about foolishness from the past, but action. We must not repeat the madness of opening the doors in 2004 a decade later in 2014.

“I am sickened that hard working people are now having to patrol the streets to deal with the influx of Roma migrants. We must start controlling the borders or I fear that Mr. Blunkett’s remarks on resentment and anger leading to riots might sadly be true."