After years, no decades, of being told that all immigration is good for the UK the penny has dropped and the government has unveiled plans to send illegally working immigrants to jail together with their employers, who will also be heavily fined.

This is on top of landlords and their agents soon being required to check on their tenants’ immigration status under ‘right to rent’ requirements.

Even the Labour Party is learning some new words with David Hanson, the shadow immigration minister saying "It is essential to have strong borders and to take action on illegal working".

But all the while the borders of the UK effectively remain wide open and more illegal immigrants enter the country every day. These numbers are then added to the estimated 300,000 already living in London alone.

The end result will be hundreds of thousands of illegal immigrants claiming asylum with the vast majority then queueing up for prison once their claim fails. We are going to need many more (probably imported) lawyers when, as Steven Woolfe of UKIP points out, the court system gums up. 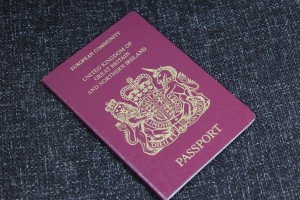 Also, when they are released from prison what then? They are still illegal immigrants who will no doubt have some form of appeal going on. We won’t be able to deport them as many have no documentation (usually by design) so where are they to live? How do they feed themselves? Who treats their ailments?

Is the plan, in a 21st century so called advanced civilised nation, to have hundreds of thousands of homeless, starving and ill people living in shanty towns and being herded from local authority to local authority? Then perhaps the pictures can be beamed across the world to show how tough we are on illegal immigrants so weakening the so called ‘pull factor’. But rightly of course that would never be allowed to happen.

Or are we to hand out a cash sweetener with a ticket to the destination state of their choice? But with no paperwork which country will take them?

The truth is that their stay will become a permanent life relying on the largesse of the government of the day (sorry, taxpayer). That in itself would be pull factor enough for many people from very poor countries.

We could contemplate an amnesty as David Lammy suggested, but that would act as the biggest pull factor of all. Then it would be a case of ‘you ain’t seen nothin’ yet!’

There are those out there that believe in open borders and demand that every person who wishes to live here should be let in. But I would ask where is the infrastructure to support them? That would certainly result in hundreds of thousands of homeless, starving and sick people roaming the land in very short order. Instead of a properly gated country you could end up with many, many more gated communities and locked-down gated public services.

At the end of the day the only realistic way to address this properly is for the UK to regain full control over its borders so that only those we want are allowed in and that can only be achieved by leaving the European Union. Only then could any realistic action be taken to address the issue of remaining illegal immigrants.