The Council of Mortgage Lenders (CML) has reported a drop in gross mortgage lending of 13% from Â£10.6 billion in December to Â£9.2 billion in January 2011.

January's figure was however an increase of 5% on January 2010's lending of £10.6 billion, which is the first year on year increase for five months.

Peter Charles, economist for CML, said'As a greater degree of equilibrium is restored to financial markets, the availability of funding for mortgage lending should improve from current levels to support more normal levels of activity. However, the unprecedented expansion of wholesale funding, and hence mortgage lending, experienced in the mid 2000s is unlikely to return.'

The figures from the CML are purely the amount actually loaned out and so mortgage approvals are not included. CML members account for about 94% of all residential mortgage lending in the UK. The CML says there are 11.4 million mortgages in the UK worth more than £1.2 trillion.

The following graphs show gross lending by CML members over the last ten years, lending quarter by quarter over the last three years and month by month over 2010 to Jan 2011. 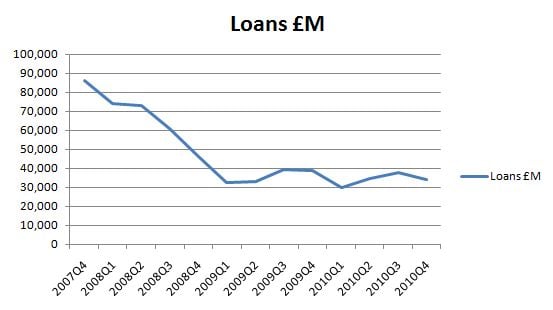 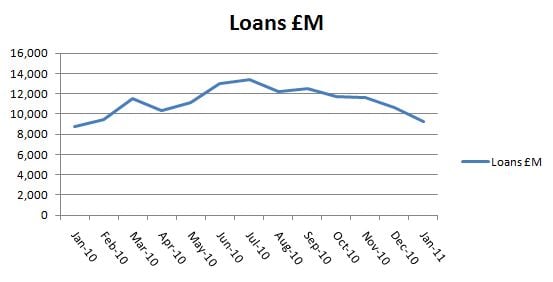 RICS claim homeowners selling in a ‘dash for cash’