The central bank of Japan has taken center stage when it comes to using extraordinary measures to revive growth in an economy. In an effort to boost the Japanese economy, the central bank has resorted to quantitative easing. And unlike the U.S. Federal Reserve, Japan is also involved in buying exchange-traded funds (ETFs) and real estate investment trusts (REITs), not just government bonds and mortgage securities.

Unfortunately, the central bank is outright failing. One of the main goals of the Bank of Japan is to inject inflation into the Japanese economy through money printing, aiming for an inflation rate of two percent. Sadly, this isn’t happening; inflation in the Japanese economy is running far below the targeted level, and there may not even be light at the end of the tunnel.

“A one percent inflation rate may be possible, but that’s different to the Bank of Japan target,” said Takahiro Mitani, manager of the Government Pension Investment Fund of Japan (GPIF), the world’s largest pension fund. “We haven’t seen real demand to pull prices up yet. Whether inflation will be stable is questionable.” (Source: Winkler, M., “World’s Biggest Pension Fund Sees Japan Fail on 2% Inflation,” Bloomberg web site, December 4, 2013.) 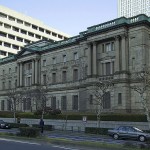 Looking at all this, I will not be surprised to see the Bank of Japan continue to do what it has been doing—printing more money and buying government bonds and other securities. As a result of this, and from what we have seen in the past, the Japanese yen will eventually decline further in value compared to other major currencies in the global economy, and Japanese stocks will increase in value.

This article Japan the Next Big Trade for U.S. Investors? by Mohammad Zulfiqar, BA was originally published at Daily Gains Letter

What do JFK, Southwest Airlines and The Great Escape have in common?