The four organisations have expressed dismay that Icelandic whaling company Hvalur hf was exporting fin whale meat to Japan where it was being manufactured into dog snacks.

However, within hours of the release Michinoku Farms removed the products from sale.

Takuma Konno, President of Michinoku Farms, was reported by international news agency AFP as stating that his company was selling a product that was legal in Japan but would nevertheless be withdrawing the jerky from sale.

"Maybe I was ignorant of the debate (about whaling), but it's not worth selling the product if it risks disturbing some people," he said.

Icelandic fin whale has been sold in Japan for human consumption since 2008, but its use in pet food suggests that new markets are being explored. Iceland is currently preparing to hunt more than 180 fin whales in 2013 for this export market. 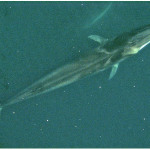 Speaking on behalf of the four NGOs, Susan Milward, Executive Director of the US-based Animal Welfare Institute (AWI) stated: “We are extremely pleased to see Michinoku Farms respond in such a progressive, compassionate and prompt manner and we would strongly urge all other businesses to follow suit and end such sales.

“We reiterate our dismay that Icelandic company Hvalur hf and its director KristjÃ¡n Loftsson continue to flout two international conventions in order to slaughter endangered fin whales, and further stress the need for internet retailers such as Rakuten – now owner of Play.com – to take more responsibility for the products they market.”

American and Israeli anti-missile system test is a success