The Japanese yen is trading at multi-year lows versus the US dollar and sterling. Its depreciation has been more pronounced over the past year, spurred by the Bank of Japan's (BoJ) additional stimulus in October 2014, when the central bank surprised the market by announcing an expansion of its asset purchase programme to an annual pace of 80 trillion yen.

BoJ policymakers have been explicit in their intentions to meet an inflation target of 2% and consistently bullish in their outlook. The market has been sceptical for good reasons. Japan's economy has struggled to make meaningful improvements since it bounced back from recession late last year, leading the BoJ to push back the timeframe of meeting its inflation target from the fiscal year 2015 to 2016.

As the impact of last year's VAT hike has diminished, core inflation (excluding fresh food) remains barely above zero (0.1% year-on-year in June). Over the past few months, the BoJ has towed the same line as the Federal Reserve and the Bank of England, anticipating that the effects of lower energy prices would be transitory and that inflation would return to a normal trend over the longer term.

However, the BoJ has evolved its view further to consider that the energy price effect cannot solely be responsible for lowering inflation. It has announced a new measure of inflation, which strips out imputed rent, as another reference point. The BoJ's Chief Economist argues that imputed rent artificially depresses inflation because it does not take account of the deprecating value of housing costs over time. Other developed economies make similar adjustments to their consumer price measures, including the US. 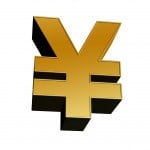 Arguably, the change in calculation methodology is likely to make the 2% inflation target more achievable. As a consequence, expectations of further BoJ stimulus this year have been substantially reduced.

With additional BoJ stimulus unlikely in the foreseeable future, we believe that the trend of yen weakness, which has been closely aligned to the central bank's quantitative and qualitative easing policies, has run its course in the near term. We have held an overweight Japanese equity exposure since late last year on a 50/50 currency hedged basis. Given our reduced expectations for further BoJ stimulus coupled with our view that the yen offers defensive characteristics in the event of a pick-up in general market volatility, we have decided to remove that hedge.

Notwithstanding our more cautious outlook on the yen, we remain optimistic on the domestic Japanese equity story. Corporate developments are favouring a more shareholder-friendly focus, while Prime Minister Abe, whose approval ratings have been suffering in the polls recently, remains keen to align the success of his premiership with the stock market's performance.

A guide to tax on limited company property transfers