Today Labour has opposed one per cent pay restraint in the NHS, despite Ed Miliband and Ed Balls previously promising that they would not ‘flinch’ from supporting this policy – even if Labour’s union donors did not like it.

Labour has said that any changes to current spending plans in 2015-16 would have to be ‘fully-funded’.

That means Labour must explain where they will find this money – or if this is just more borrowing and more spending. 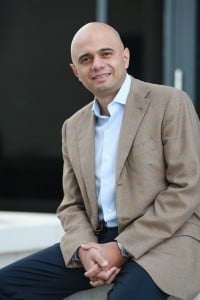 “As part of our long-term economic plan, we need to take difficult decisions to reduce the deficit while protecting the jobs of people who work hard in our public services. That’s why we have limited pay rises to one per cent.

“Ed Miliband promised that he would back this difficult decision, making it Labour’s flagship test of economic credibility. But Labour have now opposed this decision, breaking this promise. Unless Ed Miliband sticks to his word and condemns his union paymasters’ strike threat, it’ll be more proof that he can’t take difficult decisions to reduce the deficit and can’t stand up to the union barons who bankroll the Labour Party.

“So far, all Ed Miliband has offered is the same old Labour quick fixes – more spending, more borrowing and more taxes. Hardworking people would pay the price with a less secure future.”