Sajid Javid yesterday joined Alistair Darling in calling for the Labour Party to come clean about its spending plans for 2015/16.

This comes as Labour’s Treasury spokesman, Chris Leslie, refused six times in just one interview to answer whether Labour backed the Â£11.5 billion of savings planned for that year.

Earlier this month, Alistair Darling called on the Labour Party ‘to set out the parameters…so people can see your direction of travel’. But with one month to go until the Spending Review, it is still unclear whether Labour will match the Government’s plans or if they plan to borrow more. 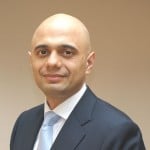 “We are taking the tough decisions to fix Britain’s economy. The Government is making real progress in finding the Â£11.5 billion of savings required to continue to bring the deficit down in 2015. But Labour have still not said whether they will match these plans or borrow more.

“Labour need to come clean about their future spending plans – otherwise Britain will know that this is the same old Labour Party, ducking the difficult challenges and just offering more borrowing, more spending and more debt. Exactly what got us into this mess in the first place.”

FCA Outlines How It Will Regulate Crowdfunding

A Penny For Your Thoughts