It seems like a flashback to the days of Michael Foot where the press ganged up on and mocked a disheveled old man leading the Labour Party, but this time it's different and it's a wake up call to all the other political parties.

And what is that difference? I hear you ask.

Well, the difference is multifold and each layer plays straight into the hands of Jeremy Corbyn and his band of Marxists from yesteryear, who have managed to rebranded the Labour Party and possibly become the poster boys of legendary comebacks.

What Corbyn is doing is not unique, it is just something that we have missed in British politics for a long time — that is, he is focusing on the less well off and the underdog in Britain and is prepared to fight their cause.

Were he to take a very different stance on immigration and defence whilst denouncing his appalling record of sympathising with terrorist organisation, he would currently be looking at a landslide election win. 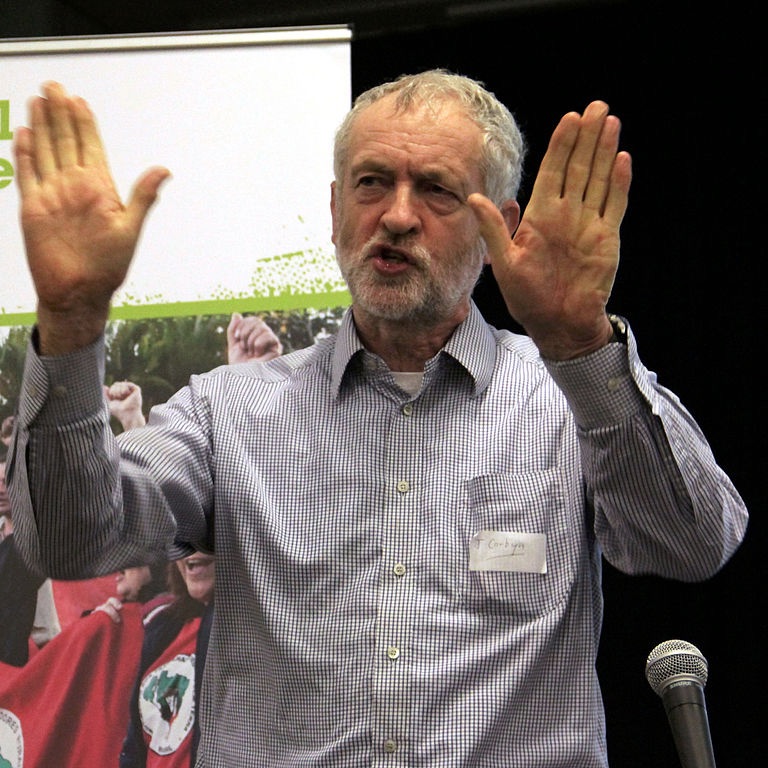 Let's face it, we live in a time when poverty in the UK is on the up and the NHS and public services are in utter crisis having been squeezed for every penny of profit by the private sector. Is it any wonder therefore that Labour's spending promises are winning over voters despite previous public perceptions?

Theresa May is standing there telling the country how she will inflict more ideological austerity on the electorate, whilst Corbyn is saying the complete opposite and prepared to address the hideous wealth inequality that shames Britain.

If you are a single mother with little to no childcare support, or an unrepresented person with a disability, or a person suffering and living with a severe illness, or on the minimum wage, working a zero hours contract, a pensioner facing the prospect of going into care or anyone else living below the poverty line, who would you vote for? Seriously …. who would you vote for?

The Conservatives may very well be selling this election as a means to deliver on last year's Brexit referendum, but the Labour Party is playing to the electorate's sheer anger at being told that food banks are feeding innumerable families across the country and the Red Cross is being forced to support NHS hospitals in what the left is calling a 'humanitarian crisis', whilst the right says there is nothing to worry about.

At a glance, the manifestos of the so-called right wing parties are filled with deliverable despair, Corbyn and Co are presenting an alternative vision of Britain that drips with undeliverable hope on every page.

Unless Labour is prepared to nudge the Bank Of England to use the nuclear option of just printing money, there is little to no hope of him being able to deliver on his spending promises.

In her duties as Home Secretary, Diane Abbott could be sent to each and every household in Britain to personally collect the newly proposed property taxes (so called 'Garden tax') from the public using her convincing natural conversational style that brings confidence and reassurance to those who are lucky enough to be on the receiving end of it. I am sure the public will gladly open their purses to her and the government's coffers will be overflowing.

Yes, we are due a correction to our runaway property and land markets and a properly constructed Land Value Tax is way overdue, but any proposed property tax of that magnitude must follow the Georgist line and replace all other taxes.

That is how you get your egalitarian society Mr Corbyn, but such measures would be utterly illegal within the framework of the EU so it's a good job we are leaving with a hard Brexit eh Jeremy?

However, the public does not care about the arguments or facts against the utopian Corbyn Marxist dream, what they care about is at last hearing someone offering hope (however flawed that hope may be).

Labour has now mobilised the young people of this country to vote and presented a positive vision of Britain via some quite impressive videos being propagated on social media, whilst the Conservatives have nothing.

And this leads me onto the 'difference' that has made all the difference and that is a positive message strategically targeted at the very people who have traditionally never created a meaningful vote count.

The delivery system of this message (professional social media videos filled with hope) is set against a negative, dour offering of Theresa May with excessive makeup spouting an overly crafted tale of fear, doom and gloom for the nation should it chose to vote for a man who presents a few rays of sunshine.

Forget the fact that the articulated fears over immigration, fears over Labour's spending plans and defence cuts from the right may have genuine justification. It doesn't matter if the people have been squeezed too tight, they will buy into any message that tells them there is a reason to wake up the following morning.

The decision at this election is clear, vote for ideological spending cuts upon the less well off or vote against national security.

The British people deserve a better choice than this and it's about time they started demanding it.

Investor sentiment constructive, but cautious in the long term