Jeremy Hunt is visiting France and Austria where he will warn of the risks to both the UK and the EU of not agreeing a transition deal.

Reuters reports that the foreign secretary has just been to China to talk trade and quotes Jeremy Hunt as saying:

"I will be explaining to my counterparts in Paris and Vienna that it is time for the EU to engage with our proposals, or we potentially face the prospect of a no-deal by accident, which would be very challenging for both the UK and EU."

It's great to see a Brexiteer taking the fight to the Remain scare-mongerers during this silly season:

“Fall off the cliff edge” is another fatuous phrase they use. There is no cliff edge. Planes will fly & lorries will move thru ports the day after we leave just as they did the day before. We'll carry on trading, travelling, investing in EU countries as we do in non EU countries.

Everyone harps on about 'Russian' involvement in the EU referendum and the US election that saw Trump get voted in. But hows's this for a response by the Russians:

.@WilliamJHague is right to suggest political ads on social media can be dangerous. This is why we are seeking answers from @Facebook on UK-sponsored posts promoted in Russia pic.twitter.com/bW65FM6BUa

And you might not get to see this snippet on referendum overspending in the mainstream media:

The European Union Naval Force (EU NAVFOR) will move its headquarters from Northwood in London to Rota in Spain and the Maritime Security Centre Horn of Africa (MSCHOA) will move to Brest, France, as of 29th March 2019 reports forces.net.

Now the BBC is asking if your European Health Insurance Card (EHIC) will be valid after Brexit. Surely all we have to do is agree that quickly with the EU? It's not a trade matter.

The FT is reporting that Michel Barnier, the EU chief Brexit negotiator, is softening his stance on the UK's Brexit plan for Financial Services. 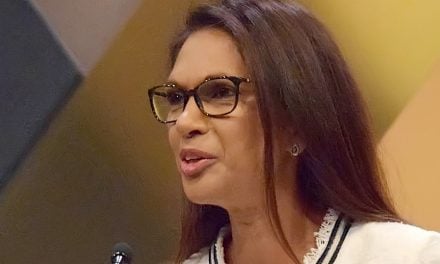